At the historic center of Orvieto, Italy from May 11 to 13, 2012 in the Palazzo dei Congressi and Palazzo dei Sette, will be hosted the first "Western International Festival", in homage to a genre that has presented, through the myth of the frontier, the epic American film in Italy, affectionately known as the "Spaghetti Western", which was experienced in the golden age, consigning to history works that have influenced modern cinema. The aim of the Festival is an important time to retrace the history of cinema, through the vision of the classic westerns, video contributions, interviews, documents, but also reviving the memorable epic by the direct testimony of its participants: actors, directors, screenwriters, composers, and all those who contributed to making only one successful season. 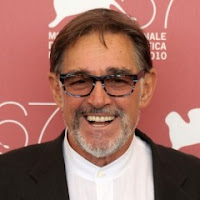 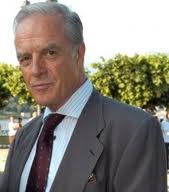 Among the guests who will animate the three days and will discuss with the public their works, revealing the background, curiosities and secrets of new titles, with full rights in the collective imagination, we will: Fabio Testi, who starred in “Four of the Apocalypse” and “Once Upon a Time In The West”, Gianni Garko, the protagonist in the series of the unforgettable character Sartana, and Ennio Morricone, the great composer who will honor the festival with a lovely video message. The contribution of this great artist, who, while out of Italy for professional reasons, will manage to address his friends and fans about the western films that he scored.
Among others, the public can see and meet are Eleuteri Serpieri Paul, one of the most popular comics of epic westerns, Luca Morsella, assistant director to Sergio Leone and author of the documentary The Dreams in the Viewfinder, Sergio Donati (writer of many of the films of Sergio Leone), Nino Baragli (historical editor of The Good, the Bad and the Ugly and A Fistful of Dynamite), Claudio Mancini, Mauro Laurenti and many others. The names of other prominent guests will be announced in the coming days. For information: www.westernfestival.it.