Django, Sartana, Trinity and the Others

Once upon a time, in the mid-1960s ... accompanied by my father, I went frantically to the neighborhood cinemas so my eyes could devour all the "westerns". One day, I saw appear on the screen a new hero whose exploits were extraordinary imagined at Cinecittà: Django, Sartana, Trinita 'and others, invaded my imagination. I started doodling in school notebooks small inflamed texts, but naive, to the glory of this new saga dragged on the "dream band."

I became a filmmaker, I decided to find the last survivors of this incredible adventure of the Italian western so they could tell us about some of their best rides. - Jean-François Giré

YouTube Trailer: Trailer: http://www.lenvolprod.net/actualites.asp?iPage=1&iActu=34
Posted by Tom B. at 6:13 AM No comments: 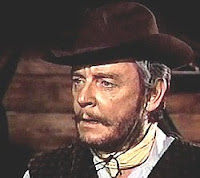 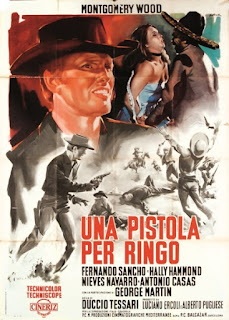 When Giuliano Gemma started making westerns the Italian producers thought it was best to Americanize his name if they wanted to release his films internationally. This way viewers would think he was an American actor.

I’ve heard several stories on how the name Montgomery Wood was chosen. Robert Woods told me that after the success of his early westerns several actors copied the Wood(s) name to cash in on his early success. Second I heard Gemma was asked to pick an American sounding stage name and because he was a huge fan of Montgomery Clift and Natalie Wood he chose Montgomery Wood. The daughter of Giuliano, Giuliana Gemma told me a producer picked out the name and he had nothing to do with it. In fact she said he hated the name.

I guess it maybe a little of all those answers or none of them at all. I guess we’ll never know for sure.