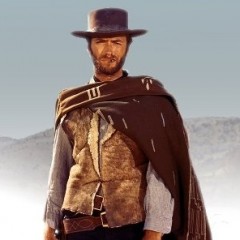 The Western Festival in Orvieto 11 to May 13

In the heart of the historic center of Orvieto, from May 11 - 13 next the Congress Palace and the Palace of the Seven will be held the first International Western Festival, to pay homage to a genre that has been created through the myth of the frontier, the archetypes of American cinema, and that in Italy, called the "Spaghetti Western", which was experienced during the golden age, consigning to history works that have influenced modern cinema. The aim of the Festival is not only to remember a time so flourishing and creative in the history of our cinema, but through the vision of classical, video contributions, interviews, documents, cartoons, to relive the emotions of an age memorable by the direct testimony of its characters: actors, directors, screenwriters, composers, and all those who contributed to making a most successful genre.

- Guests
Among the guests who will animate the three days and will discuss with the public their works, revealing the background, curiosity, little secrets of the films entered in the collective imagination, we will: Sergio Donati (writer of many films of Sergio Leone), Nino Baragli (historical editor of films including The Good, the Bad and the Ugly and A Fistful of Dynamite), Claudio Mancini (producer Fistful), Paul Eleuteri Serpieri (designer of the famous strip and Skorpio Lanciostory), Mauro Laurenti (cartoonist and designer Zagor), Nori Corbucci (wife of Sergio Corbucci, one of the directors of the protagonists of the Italian westerns), Moreno Puppets (writer and scriptwriter of Zagor) and Graziano Romani, Gianfranco Pannone, Lorenzo Bartoli, Raul and Gianluca Cestaro and stars of the genre Gianni Garko and Fabio Testi.

- Orvieto Comics
There will be a section dedicated to the world of comics. A large part of Orvieto Comics are cowboys, Indians, shooting and burning deserts. The celebration of the comic now in its fourth edition will take place alongside the Western Festival and will naturally have a footprint across the Old Wild West.

-Exclusive Showings
During the festival you can attend, a preview, of the screening of the documentary film Sweetgrass: what happened to the old cowboys? What happens in their lives today? The work excites us with a romantic view of a category that seems to have become extinct. The screening is scheduled for Sunday, May 13 at 3.00 p.m.

- Awards
Some of the most influential players in the Western Festival in Orvieto, will be awarded with the Tin Star, a symbolic recognition of their career and the important contribution that, thanks to their professionalism, has brought honor to the Italian genre cinema around the world.