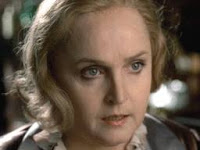 Laura Trombetti was born on May 1, 1927 in Casalecchio di Reno, Emilia-Romagna, Italy. This blonde and flamboyant actress started her career as a jazz singer. Shortening her name to Laura Betti she made her film debut in Federico Fellini's “La dolce vita” (1960). In 1963 she became a close friend of the poet and movie director Pier Paolo Pasolini, for whom she remained a devoted follower even after his death. Under Pasolini's direction she proved a wonderful talent, in many films like “La ricotta” (1963) and “Teorema” (1968). In 1976 she portrayed a cruel and erotic-maniacal fascist in “1900”, directed by Bernardo Bertolucci. Since the 1960s she dedicated much of her time to literature and politics. She became the muse for a number of leading political and literary figures in Italy and came to personify the 1960 revolutionary period in Italy. After Pasolini’s death in 1975 Betti dedicated herself to preserving his memory and life' s work including poetry and made a well-received documentary about him “Pier Paolo Pasolini e la ragione di un sogno” (2001). Laura appeared in two Euro-westerns: “A Man Called Sledge” (1970) and “Sonny and Jed” (1972). Betti died on July 31, 2004 in Rome. Today we remember Laura Betti on what would have been her 85th birthday.