Spaghetti Western Trivia ~ The Genius 100+ years ahead of time.

In the film “The Genius” (1975), Lucy and Locomotive Bill, who is disguised as a
colonel go to the fort. Before ending up in a cell they enter the office of Major Cabot
preceded by Sergeant Milton. In this sequence we see fifteen unlikely modern flags to the
left of the office entrance. About a hundred years ahead of its time, the first flag near the
door can be seen pretty clearly, it is that of the German Democratic Republic (East
Germany), colors Black Red and Yellow and the characteristic compass in the center and
the last of the European Community with yellow stars in the blue field. 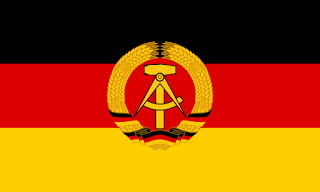 Who Are Those Guys? ~ Fernando Cerulli

Fernando Cerulli is an Italian character actor born in Rome, Italy on January 19, 1926.  As an actor he has participated in numerous films since the mid-1950s; endowed with a weak but clear and harmonious voice, in the past he was also active as a voice actor;  one of his most significant parts is the voice of the actor Umberto Zuanelli in the film “Culo e camicia” (1981).

Among his most significant roles is that of the hotel keeper in “Milan caliber 9” ( 1972 ), the jeweler in “Diamanti sporchi di sangue” (1978) and finally the Prince of Collepardo in “La Carbonara” (2000), which was his last appearance on big screen.

Cerulli appeared in five Euro-westerns all in supporting roles with maybe his best remembered role as Doc Clan in “Apocalypse Joe”. 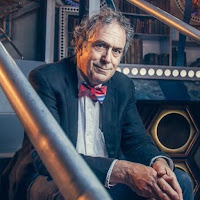 British production designer Michael Pick died in on August 27, 2018. Pickwoad was the visionary behind the look of Doctor Who TV series for the last seven years, has was 73 Pickwoad was the son of actor William Mervyn – who appeared in the 1966 Doctor Who story The War Machines and the theatre designer Anne Margaret Payne Cooke. He began his career in the 1970’s as an Art Director before going on to be a Production Designer in the ‘80s – one of his earliest film projects was 1987’s cult classic Withnail & I, starring Paul McGann. In 2010 Pickwoad became only the second person to become the second person to helm Doctor Who‘s art department since the series returned in 2005, replacing Edward Thomas.Michael was the production designer on the Euro-western Doctor Who episode ‘A Town Called Mercy’ filmed in Almeria, Spain’s Fort Bravo in 2012.
Posted by Tom B. at 8:57 AM No comments: 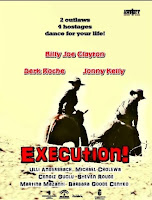 Two outlaws decide to rob the bank of El Paso with dire consequences.