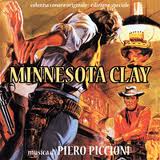 Ralph Ferraro dies at 82
Was composer, arranger, orchestrator for films, TV
Ralph Ferraro, a composer and orchestrator whose credits include episodes of "The Virginian" and the cult movie spoof "Flesh Gordon," died of respiratory failure April 3 at UCLA Medical Center. He was 82.
He was born in Waterbury, Conn., and earned a master's degree in music from the Manhattan School of Music. After serving in the Navy, he relocated to Rome, Italy, where he worked as a jazz drummer, including considerable work for Italian cinema and television.
Ferraro played percussion on numerous classic scores for Nino Rota including "La Dolce Vita," "8 1/2" and "Juliet of the Spirits", Ennio Morricone "The Battle of Algiers", Riz Ortolani "Mondo Cane" and Armando Trovaioli "Two Women". From musician he became an arranger when he was asked to work on an American soundtrack album for "The Chapman Report" (1962). His prowess as an arranger attracted the attention of other composers, especially Piero Piccioni who frequently utilized Mr. Ferraro‘s talents in the films "Il momento della verita" (1965), "Three Faces of a Woman" (1965) and "Minnesota Clay" (1964). It was during his stint in Italy that Mr. Ferraro was given the opportunity to score the Barbara Steele film "She Beast" (1966).
He began arranging for Rosenman in Rome in 1962 and continued to do so when he returned to the U.S. in 1967. He also arranged for singers including Andy Williams, Rod McKuen and Donny Osmond.
With his wife and two daughters, Francesca and Claudia, Mr. Ferraro returned to the U.S. and began working in Hollywood. While in Italy, Mr. Ferraro had worked with Peter Tevis, an American singer known for his vocal renderings of the themes “A Gringo Like Me” from  "Gunfight at Red Sands" (1963), and “Lonesome Billy” from "Bullets Don't Argue" (1964). Also back in the U.S., Tevis was working on a low budget film as music producer. When he needed a composer he turned to Mr. Ferraro. The film was the pornographic film spoof of the Flash Gordon serials, "Flesh Gordon" (1974).
For Walt Disney's Epcot Center in 1982, he orchestrated the ride "Imagination" based on songs by Disney songwriters Richard and Robert Sherman.
Posted by Tom B. at 6:47 PM