Franco Nero in His Own Words

Franco Nero in His Own Words – English title 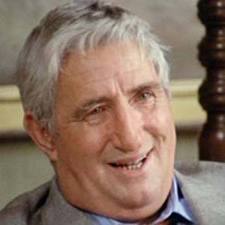 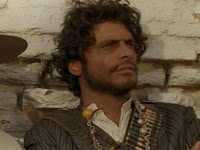 Israeli actor Aharon Ipalé, who took part in a long list of British and American productions and played alongside some of Hollywood’s greatest stars, passed away on Monday at age 74. Ipalé died in Sheba Medical Center, Tel Hashomer after battling cancer for his last few months. Born in Meknes, Morocco on December 27, 1941, his family moved to Israel when he was only 2. He’s probably best known for his role as Pharoah Seti in “The Mummy” (1999) and “The Mummy Returns” (2001) he also appeared as Singer in the 1970 Euro-western Madron with Richard Boone and Leslie Caron.
Posted by Tom B. at 6:30 AM No comments: 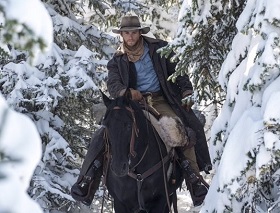 More Westerns are getting creative with their filming locations and shooting outside the United States. KFTV takes a closer look.

The genre has seen a resurgence in recent years driven by the success of films like the Coen Brothers’ remake of True Grit and Quentin Tarantino’s The Hateful Eight.

A modern challenge is that the genre now generally favours more mature storytelling and realistic depictions of the old west - it’s a style that tends to rely more heavily on the support of older moviegoers.

Given that Westerns can be by their nature expensive as stories with period settings, smaller shoots have to give more careful consideration to the availability of local production resources and filming incentives.

Alberta in western Canada has once again become a popular Western filming location. In the early 90s the province hosted Clint Eastwood’s seminal Unforgiven and, more recently in 2007 Brad Pitt’s lesser-seen The Assassination of Jesse James by the Coward Robert Ford.

Producers shooting in Alberta can now get filming incentive support in addition to the sweeping wilderness locations and, crucially for independently-financed productions, a selection of movie ranches that have ready-made western sets.

The CL Ranch near Calgary has recently hosted Westerns Forsaken, starring Kiefer Sutherland and his father Donald, and Diablo (pictured above), starring Scott Eastwood, the son of Clint. Location manager Jason Nolan worked on both films.

“Forsaken was an independent film and we were able to get all the locations they were after including the Western Town set on CL Ranch located just minutes west of Calgary,” Nolan tells KFTV. “The house we burned on Diablo was an old set on the same ranch – the owners let us get rid of it.”

“You don’t have to go very far to get the vast landscapes and step back in time,” Nolan says of shooting westerns in Alberta. “We have good western town sets that are ready to go within our studio zone, stacked with everything you need to dress your sets. Power is run – it really is plug and play.”

New Western stories are also using locations around the world as doubles for the US. In Europe, Amsterdam-based production company N279 Entertainment recently filmed the Badlands-set movie Brimstone in Romania, Spain and Germany. 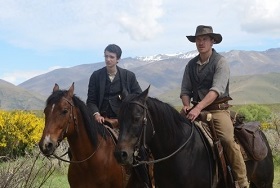 On the small screen, a series of German-backed TV movie Westerns based on the fictional literary character Winnetou filmed in Croatia last year.

Nearby Romania was the main filming location for the 2012 US cable hit Hatfields & McCoys, standing in for the eastern US to tell the true story of a violent feud between two families on the Kentucky/West Virginia border after the American Civil War. The History Channel production was serviced by Castel Film Studios of Bucharest.

“We could offer them great locations – matching the actual places in the US – experienced crew, and maximum value for the dollar spent,” says Bogdan Moncea of Castel Film Studios, in comments to KFTV.

Independently-financed Westerns are sometimes driven by the specific make-up of their funding arrangements, while regional production incentives and lower costs are also important.

John Maclean’s Slow West (pictured left and below) was a UK production that doubled New Zealand for 19th century Colorado to tell the story of a jaded mercenary escorting a naïve young man through the wilderness on a search for the woman he loves. See-Saw Films had previous experience of filming on South Island and returned with Slow West, with the backing of the New Zealand Film Commission.

The story makes the most of the plains, mountains and woods of South Island and conspicuously lacks big set builds. Two small wooden huts are key story settings but are about the only interior locations in the film. 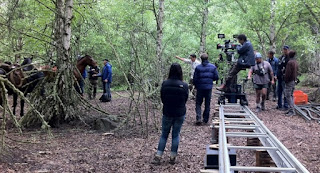 “The amazing thing about New Zealand – especially South Island – is how quickly the landscapes and vegetation change within a relatively short drive,” Slow West’s location manager David Walker says in comments to KFTV.

“With a day’s scouting you can cover native beech forests, be in the snow line in the Southern Alps, then on barren forbidding windswept plains and rock formations," Walker says. "Many of the comments by visiting producers is that these types of relocates in other countries such as the US are days, weeks or countries apart.”

Kristian Levring’s 2015 film The Salvation is set in the deserts of the mid-West, once again in the late 19th century. Producers considered filming locations as diverse as Australia and India before settling on South Africa.

“We were looking for the mid-western prairie look and you find that more in northern South Africa,” says Michael Auret, a co-producer on The Salvation, in comments to KFTV. 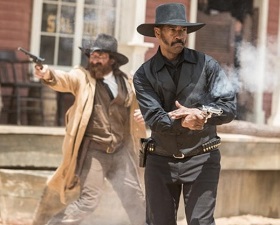 “South Africa’s net costs are cheaper overall than in other parts of the world and there’s been a good exchange rate for the last 18 months. Also, local crews speak English and they have experience of working on big productions.”

The Salvation was filmed on vast farmland near Johannesburg that didn’t have modern pylons or other contemporary features on the landscape. Unusually, the production team built a full Western town set specially for the shoot.

“We had three months of construction on the town and we built full interiors rather than just exterior facades,” says Auret. “So we shot most of the interiors on location as well, and built a train station next to a railway track.”

New Mexico in the south-west US remains the filming location of choice for many high-profile American Westerns with money to spend and star names involved. Natalie Portman’s Jane Got a Gun and Adam Sandler’s comedy The Ridiculous Six have been among the recent productions shooting locally. A remake of The Magnificent Seven (pictured above) has also filmed partly in Santa Fe and will test whether a dramatic western offering star names like Denzel Washington and Chris Pratt can still generate mass audience appeal.

Beyond the US studio system it’s clear that filming locations around the world offer the Western-looking visuals and workable finances that cater for the needs of creative producers on tighter budgets.