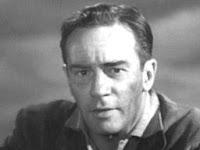 Born on April 29, 1912, in Albert Lea, Minnesota, Richard Carlson studied literature and drama as a college student at the University of Minnesota and taught literature and acting courses before striking out as an actor and director on the legitimate stage. The talented Carlson performed in a number of Broadway productions in the mid to late 1930s, including “The Ghost of Yankee Doodle” (1937) and “Stars In Your Eyes” (1939). Carlson's first film appearance came in the David Selznick production “The Young in Heart” (1938). In mid-1939, Carlson made a permanent move to Hollywood and free-lanced in a number of films at different studios, including “The Howards of Virginia” (1940), “Too Many Girls” (1940), “Hold That Ghost” (1941), and “The Affairs of Martha” (1942). As with other actors during the era, Carlson served in World War II, interrupting his career. And as was the experience of many other actors, after coming back from the war he found it difficult to land the good roles he had previously been offered.

By the early 1950s, Carlson had rebuilt his film career. Whereas before the war he had usually been cast in comedies and dramas, in the 1950s he starred in numerous science fiction and horror films, three of which were released in 3-D: “The Maze” (1953), “It Came From Outer Space” (1953), and “The Creature From the Black Lagoon” (1954). In 1953, he took the lead part in the spy drama television series “I Led Three Lives”, which lasted through the 1956 season. Later in his career, he starred in the fun Bert I. Gordon horror flick “Tormented” (1960). Carlson appeared in two Euro-westerns: “Kid Rodelo” (1965) and “The Valley of Gwangi” (1969). Richard was married to actress Mona Mayfield Carlson [1918-1990] from 1939 until his death from a cerebral hemorrhage on November 24, 1977 in Encino, California. Today we remember Richard Carlson on what would have been his 100th birthday.