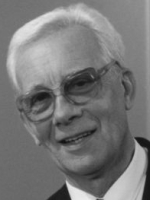 Well-known Polish TV presenter John Suzin is dead. He died sometime during the night between Saturday and Sunday April 22 after a long illness at a hospital in Warsaw. He was 82 years. He was recognized the voice of all Poles. He was one of the first two teachers on Television and starred when TV first aired. - He was a fantastic person in every way - says colleague Bogumil Wander, announcer and presenter of Polish Television. Suzin’s began working on TV in the mid-50s and ended on November 26, 1996. Television viewers will remember him mainly as a presenter and announcer, endowed with a deep voice-over of popular programs (such as "Probe") and feature films, especially westerns. For years he was a TV presenter. Suzin was the narrator in the 2001 Polish western “Eukaliptus”.