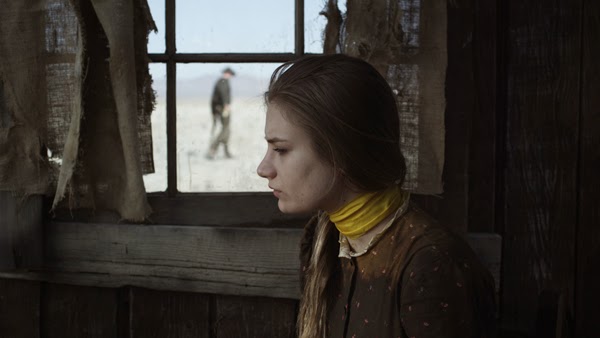 After the Civil War, a beautiful but mysterious woman arrives in a western town. Farmer Sam asks her to marry him. She accepts with two conditions: he would never ask her anything about her past or anything related to the yellow ribbon she wears around her neck. 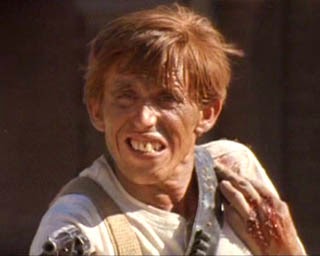 'Far West': the spectacle of Yllana, parody of the western
Il Fatto Quotidiano
Tommaso Chimenti
Theater Critic
December 10, 2014
If you want to see in and around Florence something international, waiting for Fabbrica Europa, you must attend the Theatre of Rifredi. Each year, the two directors, organizational Giancarlo Mordini and artistic Angelo Savelli, uncover in their summer tours, especially Avignon, comprehensive shows for all ages. So we could see here Paolo Nani, Italian but for decades working in Denmark, as the mime Australian Nola Rae with her ​​Mozart, Napoleon and Queen Elizabeth, the Familie Floz that Rifredi has given us many years ago, the duo Romanian-French Duel a sort of miniature Banda Osiris, the Black Theatre of Prague, the magician of the bubbles Catalan Pep Bou, Israelis Orto-Da Theatre, the big attraction and closeness Art Turkey Serra Yilmaz. 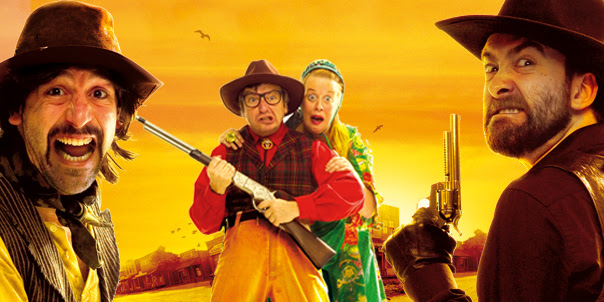 Among these was the Yllana (to read their piece: www.yllana.com ), company of Madrid who did their blossoming Splash here, the world of the sea and the ocean, the Zoo safari and the dangers of the jungle, Muu, a group of bullfighters on the verge of a nervous breakdown. This year they have resurfaced with a parody of all the westerns that you have seen, Far West where the imaginary dusty colt and Winchester, ranchers and rations, sweat of horses ridden bareback and great prairies to ride, he was respected and this, of course, in a light key and brilliant. Here the spaghetti westerns of Sergio Leone, here's Django tomato sauce of Quentin Tarantino and Bud Spencer and Terence Hill, Clint Eastwood and the saloon, the spurs and whiskey, sheriffs and gringos.
The story is simple: a happy couple (they look like the lovebirds of Rocky Horror) are pursued and attacked by two thugs who are very awkward and clumsy. The woman is kidnapped and our antihero begins hunting for the beautiful damsel. The tale is small and slim halfway between Woody Allen and Austin Powers, with a touch of Renato Rascel and moves that remind us of Antonio Albanian which run jerky as the Mario Bros. video game. References dream Cid or Don Quixote as to ' Orlando Furioso, but also to the Little House on the Prairie, while the blonde named Jenny like the Pirates from 'Three Penny Opera Brecht or more tricolor Jenny is mad sung by a Vasco first manner.
Air Humorous and Benny Hill as well as the vultures perch echo Aldo, Giovanni and Giacomo until the Indians whose chieftain brings us memories of Freddy Mercury and the Village People with a bit of Arrapaho and Squallor. There we can see inside Jessie James but also Blood with Daniel Day Lewis to Wile E. Coyote and the Road Runner impregnable although slimey gunslingers and frontier, at least in the theater, it remains unattainable Western Massimo Schuster. 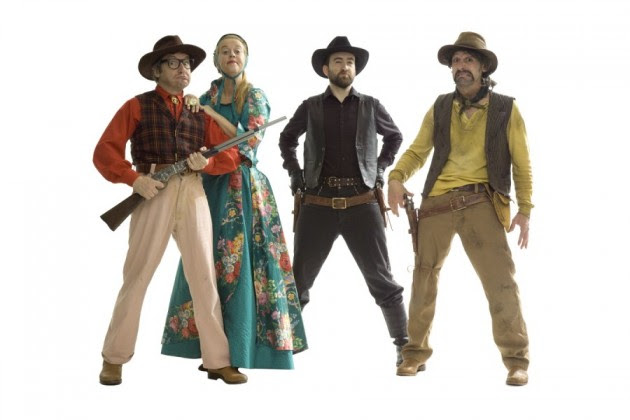 However, we are also close to the International Day Against Violence Against Women (November 25) and the girl is seen, and is socially accepted that it is, as always an object to be shared and quarreled over, they are cowboys, ugly birds and birds or Indians. The woman is Elena from the dispute, war booty from stealing prey from subtracting brought to the den of the enemy. Perhaps also laughing, and normalizing this view, considering not just the right but at least the conventional and established, that some posts, especially for boys, pass under the skin, come to the bowels. A woman to travel here, in fiction colorful and soft of a stage, you can defend but in the uncomfortable reality (the Nigerian girls abducted by the caliphate and convert dates and brides to the guerrillas, in Italy a woman killed every two days, in India a rape every 22 minutes, for example) succumbs to the strength or, perhaps even worse, indifference. 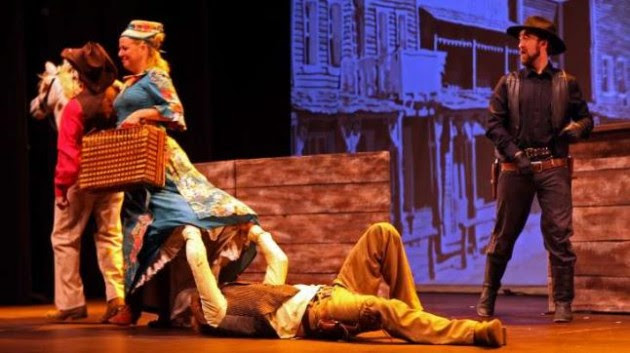 A perennial long tour, even with different cast, will lead them to the piece Pagagnini, parody universe of classical music, in the coming months from Taiwan to France, from Locarno to Assisi, and will be strictly in Spain with the new Gagfather, between gangsters , organized crime, mafia, picciotti, Pizzini and Cosa Nostra.
Theatre of Rifredi, Florence
﻿
Posted by Tom B. at 5:46 AM No comments: