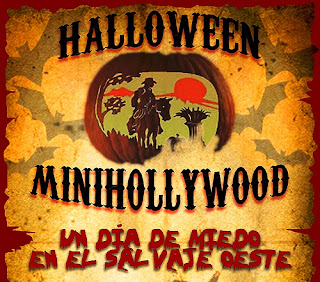 An Outlaw Yet a Man


An Outlaw Yet a Man – English title

Salvatore Cucchiara was born on October 30, 1937 in Agrigento, Sicily, Italy. After studying music in 1955 he began performing in some shows and in 1956 he made his debut on the radio, and in 1957 he participated in the television variety show “Voci e volti della fortuna”. He then was signed to a record contract for the Neapolitan label. Now known as Tony Cucchiara he was hired by RAI in 1960, and moved to Milan, where he befriended another young Sicilian immigrant, Pippo Baudo, and where he worked with many major orchestras, including those of Piero Umiliani and Pippo Barzizza, and landed a recording contract with Sprint home label for Durium. He was a regular guest on the 1961 program “Il fico d'India” along with Enzo Consoli
After a few songs, with little success, Lorelyn' e Lucienne (1962) reached wide popularity along  with Annalisa, which also becomes the theme song for television’s “Alta pressione” directed by Enzo Trapani. The same year he participated in the Cantagiro with Genevieve, then participated in the soundtrack of the film “L'amore difficile” written by the maestro Piero Umiliani with the love song Cantu d'amuri. During this time Tony appears in his only Euro-western the musical “A Fistful of Songs” (1966).

Cucchiara formed a folk duo with his wife, singer Nelly Fioramonti, recording two albums with original songs and a few covers of American songs: for example Where Have All the Flowers Gone by Pete Seeger (the Italian text was written by Daniele Pace) and Ma sto pagando  a cover of There but for fortune by Phil Ochs. In 1969, the two sang Il tempo dell'amore.
Tony would continue as a soloist, and found his greatest successes Se vuoi andare vai released as a single in the summer 1966, È l'amore was also released the same year at the Festival of Roses 1966, Ciao arrivederci came out in the summer of 1967 and Vola cuore mio in the summer 1971.
In the same year he wrote the song Una casa piccola for Donatella Moretti and takes part in the Sanremo Festival of 1972 with Preghiera and wrote two songs for Giuliana Valci, Cavaliere di latta and  Come un vecchio amico

In 1973 Cucchiara becomes a widower, as his wife Nelly died prematurely giving birth to their second child.

Turning to the theater Cucchiara writes the musical Cassandra 2000, in 1970 the group that accompanies the songs is The Point, whose drummer is Stefano D'Orazio. It reflects the experience in 1972, when he puts on stage, with considerable success to the public and critics, "Cain and Abel", a musical that addresses the issue of violence through the centuries, in a form that meets the tastes of the general public. This experience makes Cucchiara slowly abandon the activity of singer-songwriter and he becomes devoted entirely to the theater and insists on producing other musicals such as Top Stories in the suburbs (which the participation of Marisa Sannia), some of his most inspired creations are Tragicomica, La baronessa di Carini, Swing e Pipino il breve
He then writes Stracci, with the collaboration of the Teatro Stabile di Catania, Don Chisciotto di Girgenti in 1990-91, and many other shows, including L'altra Cenerentola and Il conte di Montecristo, both written with his son musician Gianluca. Over the past thirty years, Tony Cucchiara has played an influential role in the Italian cultural scene. Today we celebrate his 75th birthday. 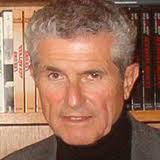 Claude Barrock Joseph Lelouch was born on October 30, 1937 in Paris, France. The son of an Algerian Jewish confectioner, Lelouch was billing himself as a "cinereporter" when he made his first short documentary films in the mid-1950s. In 1960, he formed Les Films 13 productions, where he produced over two hundred "scopiotones" -- short musical films designed for jukebox use, much like the "Soundies" produced in the U.S. in the 1940s and 1950s. He produced, directed, wrote and acted in his first feature, “The Right of Man” (1960). His first international hit, “Un Homme et Une Femme” (A Man and a Woman) made in 1966 -- captivated audiences with its warmth and simplicity. It also caused the auteurists to fall all over themselves finding hidden meaning in this old-fashioned romance; when asked the sub-textual purpose of shifting between black-and-white and color in some scenes, Lelouch explained that he'd run out of money towards the end of production and couldn't afford color film stock. Lelouch directed one Euro-western “Another Man, Another Chance” (1977) starring James Caan and Genevieve Bujold. Today we celebrate Claude Lelouch’e 75th birthday. 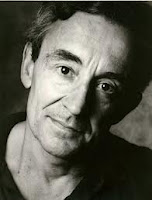 Louis Malle was born on October 30, 1932 in Thumeries, Nord, France and is the brother of producer Vincent Malle [1944-2011] During his career Malle became one of France’s most renowned directors both at home and internationally. He was known for the variety and breadth of his work as a feature-film-maker and a documentarist, as well as its frequently controversial subject matter. Although often associated with the Nouvelle Vague directors, Malle’s debut preceded the arrival of the movement and he is often considered to be a traditionalist rather than an iconoclast in matters of style. Malle directed one Euro-western, “Viva Maria!” (1965). Louis was married to actresses Anne-Marie Deschodt (1965-1967) and Candice Bergen [1946- ] (1980-1995] and was the father of actresses Alexandra Stewart [1939- ], Justine Malle [1974- ] and producer Manuel Cuotemoc [1971- ]. Malle died on November 23 1995 in Beverly Hills, California. Today we remember Luis Malle on what would have been his 80th birthday.