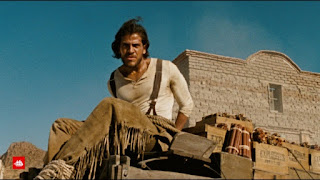 Old Spice present another helping of madness packed into an aerosol container as a Wild West desperado looks set to meet his maker at the hands of the local tyrant. Being a connoisseur of a certain male grooming brand, however, the shackled protagonist is fully intent on walking into the sunset. Bonkers.
Agency: Wieden + Kennedy (Portland)
Director: Steve Ayson

YouTube commercial link: https://www.youtube.com/watch?v=IZ59b0eaRj0
Posted by Tom B. at 6:28 AM No comments:


We continue our search for the filming locations for “Bullets Don’t Argue”. Garrett and Billy come upon the lifeless body of Billy and they bury him. Pat’s horse is dying so he shoots him. Pat puts George on his horse and Pat leads the horse on the trail across the desert back to Texas. 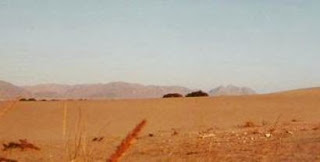 This scene was shot in the dunes of Cabo de Gato. The same dunes seen in “The Good, the Bad and the Ugly” two years later. 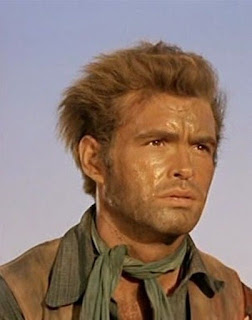 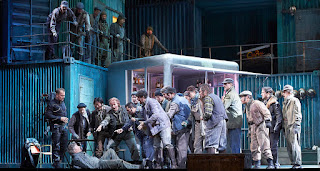 A celebrated new production of Puccini’s La fanciulla del West from the Vienna State opera featuring Jonas Kaufmann and Nina Stemme. Staged by Marco Arturo Marelli, who sets it in a modern-day mining village, with the feel of a gritty modern drama, during the American gold rush of 1849. An unlikely setting for an Italian opera, but one that has a happy ending. It tells the tale of Minnie, the bartender in the saloon whom all the local men adore, and Dick Johnson alias Ramerrez, a notorious bandit. Dick and Minnie fall in love on first meeting, so much so that he vows to change his life as a bandit, sung by two contemporary great singers: Nina Stemme and Jonas Kaufmann. A new production from Marco Arturo Marelli brought one of Puccini’s rarely performed works to the Vienna State Opera stage in September 2013. Jonas Kaufmann in his role debut as the wanted and notorious bandit Ramerrez proves ideally cast, full of power, with his breathtakingly beautiful baritone timbre. "Nina Stemme and Jonas Kaufmann are the opera’s must-see couple for a generation… The rich playing of the Vienna orchestra under Franz Welser-Möst shows up the colour and detail of Puccini’s score to spectacular effect” Financial Times.