Spaghetti Westerns have taken Paris by storm. In the Left Bank cinemas, “For a Few Dollars More,” dubbed out of Italian into French, have had runs almost as long as “Bullitt.” It is not surprising that they sell even in the United States. Even when they are dubbed into English they keep the Latin flavor that gives them a strange piquant charm like Bourbon with a dash of Chianti added.

The first one I saw was in Florence where the movie house was advertising un grande western italiano – though at first they used all to be disguised as American importations, in Italy they draw mass audiences, not including the tourists, because they are naturally issued in the Italian language. And if you’re a foreigner you need to be pretty smart at Italian. From the minute the movie begins a torrent of words pours over the audience and hardly stops till all is over, about two hours later (you get a lot of celluloid for tour money as well as dialogue). It’s not that the plots are specially complicated, just that everybody has a lot to say, instead of making a few words go a long way in true Western fashion.

Italian cowboys’ minds work differently too, as well as their tongues moving faster. Would any Texan, even in the last century, tell a bad man he must go and kiss the sheirff’s hand as a sign penance? But it sounds all right in Italian. Somehow, priests and monasteries get into the action too, oftener than they would in the Far West. “Anybody who tells me lies, I excommunicate him,” snaps the hero of one film I saw on my Italian trip, when I became an addict of this exotic brew. Appropriately that movies was called “A Minute to Pray, a Second to Die,” and it had more writing cassocked friars than I’ve ever seen elsewhere on the screen. You’d think that on the western cattle ranges there was chapel and a mission for every ranch.

But everybody writhes quite a lot of the time. Italians put immense emphasis of blood and suffering. There is none of the instant clean killing that makes Western death look so hygienic and harmless – at least in the screen convention. Also, while American westerns usually have one grand shoot up, in spaghetti westerns the violence scarcely stops, so that you’re deafened and battered by the time the movie is over.

By this you have accepted the fact that Italian actors don’t look like cowboys, though they wear the classic western outfits down the bootlace neckties and ride their horses with skill and speed. But they are mostly too short and thick-bodied for them to ride in the rangy western way. They sit hunched, just like the Italians out on the streets who ride by on their Vespa or Lambretta motor scooters.

They walk fast too, But they drink little; the saloon always looks more like a plush, velvet upholstered honky-tonk than a bar., though the plot is usually quite un-sexy. The scriptwriters seem more concerned with quarrels between men, with women strictly in the background. But somewhere there is sure to be at least one family scene – and the family is a real Latin style one, complete with grandma and cousins and great broods of children.

Who are these movies made for? Italians mostly, of course Italy is one of the few countries of Western Europe where cinema attendance has not halved since the arrival of television. Of course, the homegrown product costs less. Also, Italy’s sunshine record is almost as good as California’s. On the other hand the Italian countryside, even in wild Abrjuzzi or Apulia, can only provide min-canyons and half-wide open spaces, so many Italian directors now shoot in Spain, where vistas are wider (and costs even lower). To make up for truly realistic backgrounds the movies are often pictorially very beautiful, with each shot like a dramatic picture postcard.

Nowadays, directors like Sergio Leone flaunt the fact that their product is Italian-made; though the heroine is usually Italian, the male lead is often American – both Clint Eastwood and Lee Van Cleef found their way to stardom through Rome’s Cinecitta, In such films the Italian language is usually mixed with English so that the final dubbing is already half done. Still the best guarantee of international success, it seems to me, would be for Italian actors to give up excitability and spaghetti, and learn to be lean, long-legged and laconic. 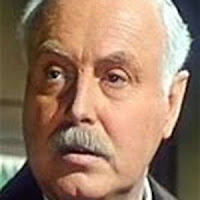 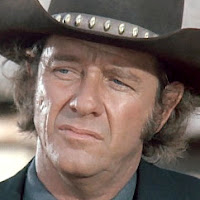 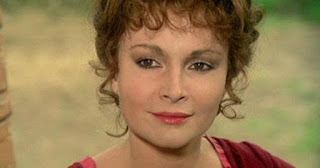 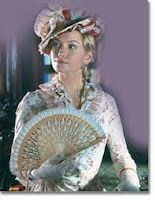 Arlene Dahl, MGM star and 1950s glamour queen who later became a beauty writer and cosmetics entrepreneur, died Monday November 29, 2021 in New York at age 96. Dahl was born in Minneapolis, Minnesota on August 11, 1925 and is of Norwegian heritage. Following high school she joined a local drama group and did a variety of odd jobs including modeling for department stores. She arrived in Hollywood in 1946, and signed a short-lived contract with Warner Brothers. However, her name is most commonly associated with her work under contract at MGM. Some of her notable films were “Reign of Terror” (1949), “Three Little Words” (1950), “Woman’s World” (1954), “Slightly Scarlet” (1956) and “Journey to the Center of the Earth” (1959). She left movies in 1959 and parlayed her reputation as a classic beauty into becomin a beauty columnist and later a businesswoman, founding Arlene Dahl Enterprises which marketed lingerie and cosmetics. She was married six times. Two husbands were actors Lex Barker and Fernando Lamas. She is survived by her husband Marc Rosen, son Lorenzo Lamas, as well as two other children, grandchildren and great-grandchildren.Dahl appeared in only one Euro-western, 1970's "Land Raiders" as Martha Cardenas/Carden.