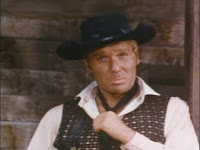 German-born actor Peter Carsten died in Lucija, Slovenia on Friday evening April 20, 2012, aged 83, his wife Lilijana confirmed. In his long career he played in more than 100 films from 1953-1999, but is known primarily for the role of the Nazi commander Kowalski from the German film trilogy 08/15, copied from the novel by Hans Hellmut Kirste.

Carsten played alongside many stars of the European cinema in German, Italian, Yugoslav and British co-productions. Carsten was born on April 30, 1929 in the Bavarian-Edelsfeld Weissenbergu. Educated to be a bank employee, after World War II, he focused on studying to become an actor. He made his first stage appearance in 1948 in the Youth Theatre of Hanover.

Following the success of the film trilogy 08/15 he played in many roles as soldiers and senior officers, including the film “Nachts, wenn der Teufel Kam” (1957) by Robert Siodmak  and“Hunde, wollt ihr leben ewig” by Frank Wisbarsa.

In his 70th year, Carsten moved to Yugoslavia, where he participated in numerous film and television productions. Among them are a series of written-off return and Partisans and partisan film Pakleni Island (1979) and partisan squadron (1979) by Velimir Bato Živojinović.