Who Are Those Guys? - Ramzy Bedia 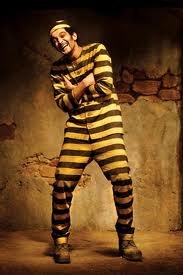 Ramzy Bedia is of Algerian decent but was born on March 3, 1972 in Paris, France. After attending business school, and working at a GAP Store. He started his career as a comedian in 1994 after meeting Eric Judor with whom he forms the duet Eric et Ramzy. They start their own TV Show on Channel M6. In 1998, Bedia and Judor appear along with Jamel Debbouze in the French hit TV series “H”. In 1999, Ramzy appears in his first movie “Le Ciel, les Oiseaux et... ta mère !” by French director Djamel Bensalah. Bedia’s breakthrough role came in the Charles Nemes 2001 movie “La Tour Montparnasse Infernale” as a window washer a movie that he co-wrote with Eric Judor. 2004 was a busy year for Eric et Ramzy, they appeared in the movie “Les Dalton” and the spy comedy “Double Zero” directed by Philippe Haïm. Ramzy’s other movies include “Il etait une fois dans l'oued” (2005), by Djamel Bensaleh. “Bled number one” (2006), by Rabah Ameur-Zaimeche and “Neuilly sa mère!” (2009), by Gabriel Julien-Laferrière.