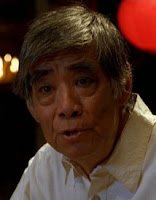 Film and TV actor James ‘Jimmy’ Ning died in Albuquerque, New Mexico on November 29, 2022, He was 87. Jimmy was born James Sing Ningkwo on August 31, 1936, in Kansas City, Missouri. James was married to Christine Robens Ning from 1984-2004. He was best known for his role as Duane Chow, an associate of Jonathan Banks' Mike Ehrmantraut, in the hit TV series ‘Breaking Bad’. Ning appeared as Mr. Shintai in two 2008 Euro-TV westerns: "Doc West" and "Triggerman" starring Terence Hill. 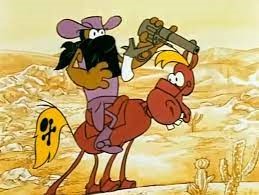 Story: A bandit wearing a black mask, having shot the train, takes a bag of gold coins from the post car and hides on his horse. The bandit takes refuge in the ranch, driving out the farmer and his cow. The farmer and the cow leave for the nearest town. In the saloon, the farmer sees an announcement of a reward of one thousand coins for catching a bandit in a black mask. Then he tells local cowboys where the bandit is hiding. Cowboys go to catch a bandit, but they return back all wounded. Jimmy Sangster (screenwriter) would have been 95 today but died in 2011. 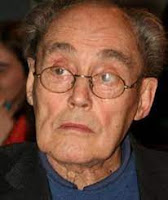 Giorgio Bonelli (screenwriter) would have been 90 today but died in 2011. 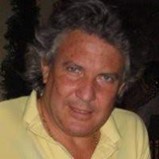 French actress Mylène Demongeot died in Paris, France on December 1, 2022, after a recurrence of her ongoing battle with primary peritoneal carcinoma which was diagnosed in early October. She was 87. Born Marie-Hélène Demongeot on September 29, 1935, she spent her childhood in Nice, before moving to Paris with her family at the age of 13. A fan of the piano, she finally turned to cinema in 1953. Also a model, she posed for photographer Henry Coste with whom she fell in love. At the age of 21, she was spotted by director Raymond Rouleau for the role of Abigail in the film “The Witches of Salem”. She married Henry Coste in 1958, before divorcing in 1968. She was often compared to Brigitte Bardot because of their blondness, Mylène Demongeot decided to turn to foreign cinema. She became particularly famous in Italy in 1959 with “The Battle of Marathon”, as well as in Bolignini's “The Boys”. During her career, Mylène Demongeot played opposite such big names in cinema as Jean Marais in “Fantomas”, Yves Montand, Roger Moore, Jean-Paul Belmondo, Gérard Depardieu and Dirk Bogarde. Demongeot appeared in two Euro-westerns: 1961’s “The Singer Not the Song” opposite Dirk Bogarde and John Mills and the 1885 TV series ‘The Adventures of Smoke Bellew’.

Voices of the Spaghetti Westerns ~ “Heroes of the West”

Felix Acaso was born in Madrid, Spain on August 18, 1919. In 1946 he decided to leave his job in a bank to devote himself to voice dubbing. Advised by Fernando Rey, he was subjected to a test in the studios of Fono España, owned by the Italian Hugo Donarelli, a test that, despite the difficulty and his inexperience, he overcame. From that year until his retirement in 2000 (with the hiatus of a long stay in Mexico between 1949 and 1954), he lent his voice to all the important actors of the golden age of Hollywood. Some of the actors he dubbed were Robert Mitchum, Henry Fonda, Gary Cooper, Humphrey Bogart, Charles Chaplin, Joseph Cotten, Robert Culp, John Gielgud, Stewart Granger, Rock Hudson, Karl Malden, David Niven, Tyrone Power, James Stewart and Max von Sydow . It is almost impossible to list all the actors he dubbed, since he dubbed all of the "stars" of classic cinema, except Clark Gable.

In 1954, he formed the studio of Fono España and became a dubbing director which he would follow for decades until his death on July 11, 2007, in Madrid a month short of his 88th birthday. 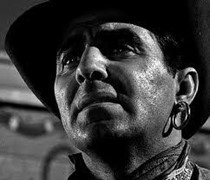 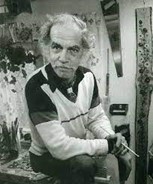 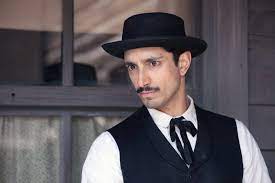 Spaghetti Western location – “Once Upon a Time in the West”

The Flagstone saloon located in La Calahorra, Granada, Spain.was designed and constructed under the direction of Carlo Simi. As show below it was first used in Sergio Leone’s 1968 “Once Upon a Time in the West." 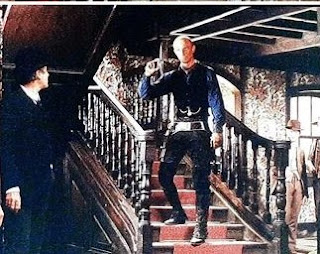 In 1973 Leone revisited the site and used the same saloon in “My Name is Nobody”. 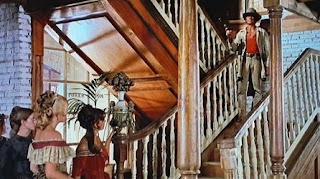