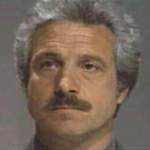 Manuel López Zarza was born in Madrid Spain on April 26 1932. As Manuel ‘Manny’ Zarzo he became a Spanish film actor. While still very young, he studied elocution, singing and dancing while working in various traveling theater companies such as ‘The Chavalillos of Spain’, which ended in 1948. In 1951 Antonio del Amo gave Manuel the opportunity to debut in the feature film “Día tras día” (Day after Day). Over the next five years he failed to materialize as a film actor and returned to the theater, joining the Society of Grace Montes. In 1957 Zarzo finally established himself as a film actor, and in the next fifty years participated in more than 170 films of all genres, but especially comedies and eleven Spaghetti Westerns from “The Sheriff Won’t Shoot” (1965) to “The Return of El Coyote (1998). Zarzo turned to television the last years of his career, playing, among others, Sigismund Ballester in “Fortunata and Jacinta” (1980), brother of Francisco Rabal in “Juncal”, the husband of Concha Velasco in the series “Season Companions” (1998), as Eugene in “The Super” (1999), Constantine in “The Truth of Laura” (2002) and Raphael in “The Dock of the West” (2006). Manuel is the father of actor David Zarzo and the actress Flavia Zarzo. Today we celebrate Manuel Zarzo’s 80th birthday.