National Day of the Cowboy 2017 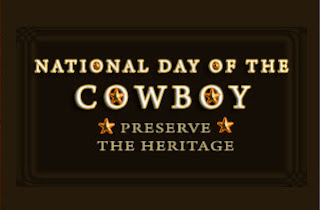 National Day of the Cowboy is observed annually on the fourth Saturday in July.

The era of the cowboy began after the Civil War in the heart of Texas.  Cattle were herded long before this time, but in Texas, they grew wild and unchecked.  As the country expanded, the demand for beef in the northern territories and states increased. With nearly 5 million head of cattle, cowboys moved the herds on long drives to where the profits were.

The draw of riches and adventure mixed with tales of violence and a backdrop of the Great Plains gave way to the mythological image of the cowboy.

Where the dust settles reveals much of the stoic truth of the American cowboy and cowgirl. The life of a cowboy required a particular ability to live in a frontier world.  To do so requires respect, loyalty and a willingness to work hard.