Jack London's to Build a Fire 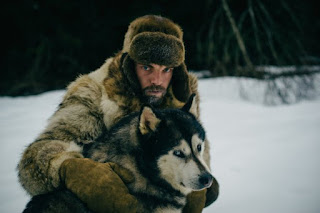 A man and his Husky struggle through the biting cold of Northern Canada. Only a few more miles to the cabin where the boys are waiting with a hot meal. But the elements strike the man with a force he hasn't reckoned with.