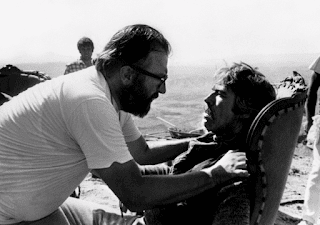 For someone who’s considered one of the greatest filmmakers in history, Sergio Leone was not especially prolific. While he worked extensively as an assistant director (with credits including “Bicycle Thieves,” “Quo Vadis” and “Ben Hur“), he was only credited on seven films across his thirty-year career (with uncredited direction work on three others — “The Last Days Of Pompeii,” “My Name Is Nobody” and “A Genius, Two Partners and A Dupe“).

But given that those films include some of the greatest Westerns — the Man With No Name trilogy, and “Once Upon A Time In The West” — and a wonderful crime epic, “Once Upon A Time In America,” it’s hard not to mourn that we didn’t get more films from the director, who passed on April 30th, 1989. But it wasn’t for a lack of trying, as there were a number of other projects that Leone considered, turned down or couldn’t get made over the years. To mark the occasion, we’ve rounded up five of the key Leone films-that-never-were (most of which you can read more about in Christopher Frayling‘s excellent biography “Something To Do With Death“), and you can find them below. 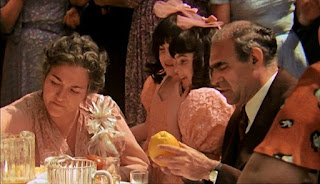 “The Godfather“
Francis Ford Coppola might have created one of the greatest movies ever made with his adaptation of Mario Puzo‘s best-seller “The Godfather,” but he actually wasn’t the first choice to take the director’s chair. Producer Robert Evans was at first convinced that the material needed an Italian director, and offered it to Leone, who was finishing up his final Western, “A Fistful of Dynamite“/”Duck, You Sucker!” Leone considered it, but found that the material glorified the Mafia too much for his liking. Perhaps more importantly, he was already starting to develop his own crime flick, an adaptation of Harry Grey‘s “The Hoods.” It would take another twelve years, but that film finally saw the light of day as “Once Upon A Time In America.” “The Godfather” isn’t the only classic that Leone flirted with. According to Christopher Frayling’s biography “Something To Do With Death,” Leone was a huge fan of “Gone With The Wind,” and after “A Few Dollars More,” considered directing a remake that would have been closer to Margaret Mitchell’s source material. Around the same time, he was also considering an adaptation of Louis-Ferdinand Celine‘s beloved World War One-era novel “Journey To The End Of Night,” but that never came to pass either. 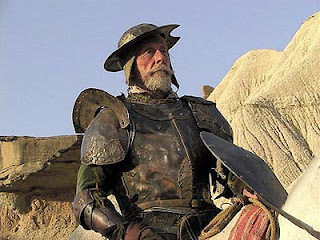 “Don Quixote“
Cervantes‘ literary classic “Don Quixote,” about a deluded, elderly man who believes he’s a knight, and his faithful squire Sancho Panza, has proven something of a white whale for filmmakers. Orson Welles tried to make it, Terry Gilliam got as far as shooting “The Man Who Killed Don Quixote” before it famously collapsed, and he’s still trying to get it made. Leone was another director who was planning a take, initially talking about it in the 1960s, and towards the end of his life, started seriously considering it again. And it’s possible it might have reunited him with some old favorites as Frayling mentions that Clint Eastwood could have played Quixote, and Eli Wallach Sancho Panza. Leone got distracted with other projects (see below), and unfortunately passed away before it could become a reality. 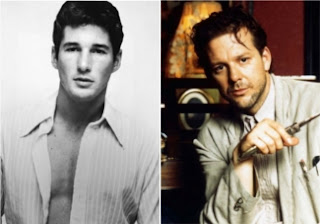 “A Place Only Mary Knows“
After “Once Upon A Time In America” was released, Leone started to plan a possible TV series, “Colt,” partly inspired by “Winchester ’73,” which would involve the titular revolver passing through a series of characters in the Old West. However, another project soon took precedence: “A Place Only Mary Knows.” The film, co-written with his assistant director Luca Morsella and Fabio Toncelli, would have marked a return to the Western genre, set during the American Civil War, and following a Union soldier and a Southern drifter looking for treasure together. The film got as far as casting, with Richard Gere and Mickey Rourke set to take on the lead roles, which were written for them. According to Frayling, Leone would have produced the film, rather than directed, but either way, it never happened. However, the full 25 page treatment was published in Italy’s Ciak Magazine in 2004. 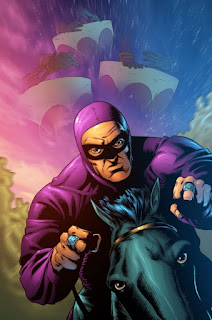 “The Phantom“
Comic book movies are all the rage nowadays, but Sergio Leone was well ahead of the game. In Italy and France, comics are much more mainstream than in the U.S., and Leone expressed interest in tackling the genre. He was offered the director’s chair of “Flash Gordon” by Dino De Laurentiis, and though a fan of the character, he didn’t like the script, and passed. However, he did begin work on a script for an adaptation of Lee Falk‘s classic pulp character “The Phantom,” the mysterious, purple-costumed masked crime fighter, who first appeared in 1936, and still stars in a syndicated newspaper strip today. Leone even got as far as scouting locations, and suggested that he might follow the project with another character from the author, “Mandrake The Magician.” But again, “Once Upon A Time In America” finally got in the way, and Leone’s superheroic ambitions were never fulfilled, sadly leaving Simon Wincer‘s dreadful 1996 version, starring Billy Zane as the title character, as the major movie incarnation of the character (while Warner Bros only last month put a take on “Mandrake The Magician” into development at the studio.) 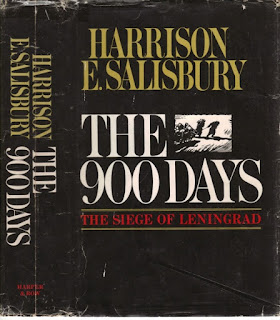 “Leningrad: The 900 Days“
While other projects came and went, there was one that Leone was working the most fervently on in the last years of his life, and one that came closest to production. And it’s a film that would have seen him move into new territory: the war movie. While completing “Once Upon A Time In America, ” Leone read Harrison Salisbury‘s “The 900 Days: The Siege Of Leningrad,” a non-fiction tome that tells the story of one of the worst encounters on the Eastern Front in WWII, and soon started planning a film version. His film was to have been called “Leningrad: The 900 Days,” and he intended to reunite with Robert De Niro, who would have played an American photographer who becomes trapped in the city when the Germans start bombing, falls in love with a Russian woman, and keeps the relationship hidden from the secret police, before dying on the day that the city was liberated. By 1989, Leone had raised a whopping $100 million from financiers (including Soviet sources), and had a number of key collaborators on board, including composer Ennio Morricone and DoP Tonino Delli Colli. The film was to have shot in 1990, but two days before he was meant to sign his contract, the director had a heart attack and died at the age of 60.
Posted by Tom B. at 7:03 AM