After publishing Blueberry and Comanche, the Western Gazzetta dello is enriched with another Wild West classic by publishing the Mac Coy saga created in the 1970s by Jean-Pierre Gourmelen (texts) and Antonio Hernandez Palacios. (drawings).

Again, the Wild West epic becomes the protagonist of the adventure, but in this case we will follow the gesture of a courageous Confederate Lieutenant who appears during the American war of secession (unlike Blueberry that was a member of the Northern army). In reality, episodes take place at the end of the Civil War, and Lieutenant Mac Coy is soon sent on a mission, a prisoner, on behalf of the North American Army, and will later live his following adventures in the West as he enlists in the new American Army.

This new series follows the features of the ones that preceded it in both size (19x27cm booklets, 100 pages in color) and graphic design. Each volume hosts two episodes of the character, except the latter, which presumably will contain only one story and editorials of in-depth addition to the original cover gallery.

The publication was made every Tuesday on a weekly basis as part of the La Gazzetta dello Sport newspaper with 21 issues being published. 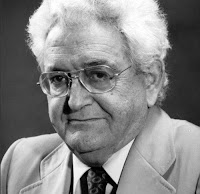 Jean-Pierre Gourmelen was born in Madrid in 1921 and trained at the School of Fine Arts in San Fernando , where he attended classes by Vázquez Díaz , along with other artists such as Jorge Oteiza , Pedro Mozos and Francisco Cossío .

The Civil War interrupted his career and his term began in the illustration of cinematographic posters that gave him a great mastery of the plastic space and a certain tendency to monumentality. He also drew some comic strips, like the two chapters of Captain Maravillas ( Valenciana , 1943). However, most of his professional life during these years, and until the late 1960's, working in the field of advertising, where he achieved great prestige and renown.
Maturity

Gourmelen was, however, tired of an activity that was too demanding at times and very routine, and influenced by new theatrical currents that came from the other side of the Pyrenees , Hernández Palacios decided to turn his gaze back to the world of the comic strip, Which had already transited before in a rather sporadic way. In this way, he prepared a few plates of three possible series that dealt with the subject of police (Nuri Eva), historical (El Cid ) and western (Manos Kelly ) and presented them to the magazine Trinca, which had just made its appearance in the Spanish publishing market. It was from that moment, 1970, when his work began to be better known. In Trinca, the titles of Manos Kelly and El Cid were published , as well as a new series La paga del soldado, all characterized by a spectacular and opulent drawings, well above the level of their scripts.

These works in Trinca opened the doors to him of the European market and in 1974 began to draw the series of the west Mac Coy for the French publisher Dargaud, a title that was to be published in Spain by Grijalbo and of which got to realize 21 albums.

Parallel to this western, he carried out various works for the Ikusager Images' Images of History collection, beginning in the midst of a political Transition series on the Spanish civil war that he had planned to develop into about twenty volumes, of which only four (1979), Rio Manzanares (1979), 1936, Euskadi in flames (1981) and Gorka Gudari (1987). For the same editorial he also drew Roncesvalles (1980) - a superb historical fresco on the mythical defeat inflicted on the army of the Frankish King Carlomagno - and concludes La toma de Coimbra (1982), the third album of his series El Cid , which he had left unfinished in The magazine Trinca by the closing of this one. In 1984 he would perform The Crusade of Barbastro, the fourth and last album of this same series, which was also intended for many volumes and was equally unfinished when the author died on January 19, 2000.
Posted by Tom B. at 6:54 AM