A few scenes were shot here on the shores of this lake for “Boot Hill (1969) starring Terence Hill and Bud Spencer and directed by Giuseppe Colizzi.

It was the third in the series which followed “God Forgives… I Don’t” and “Ace High” The film was shot in Italy and Spain.

Castello di Tora is the village overlooking the lake of Turano, from which you can see a large portion of the surrounding landscape. But the location of the house, although very visible, is unrecognizable and therefore unrecognizable for those who do not know the exact location.

In short, if you do not get to exact spot, the location is unrecognizable! The shape of the mountains, as always, will confirm that the location is the right one, the one where the house was, which was only built for the film. 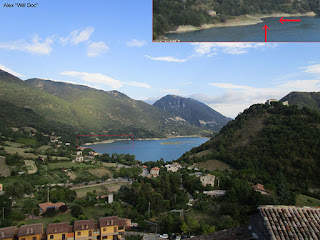 The photo taken from the top of Castel di Tora, shows the area [boxed] where Hutch (Bud Spencer) had gone to fish. 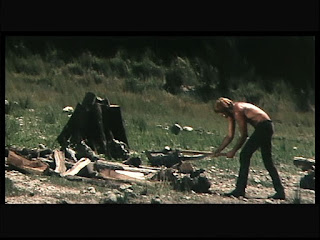 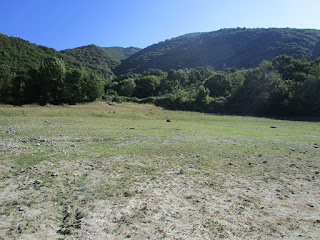 An area close to the fishing zone. 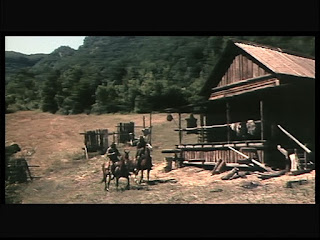 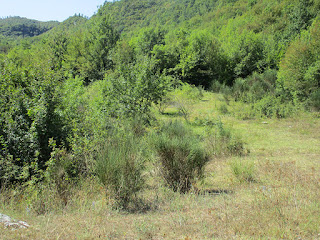 Today the area of Hutch’s house is covered in brush. 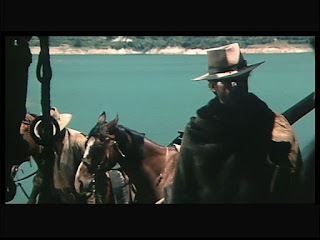 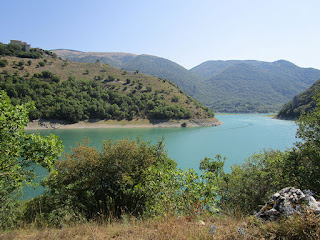 When Doc (Terence Hill) appeared in the doorway the shoreline was visible behind him.

A panoramic view of the location where Doc (Terence Hill) on horseback, views where Hutch’s (Bud Spencer) house was.