We continue to our search for filming locations for the 1970 film “Adios Sabata. The scene shifts from the orphanage to a site of a mass execution of Mexican Peons by French soldiers. A few of the Mexicans are saved only to be given chance to escape by trying to run away, one at a time, before Colonel Skimmel shoots them down from his balcony above the street. 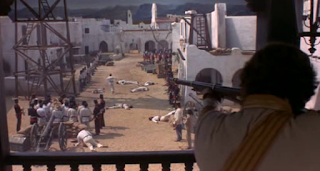 This village was built by Cinecitta Studios in Rome and was also seen in “The 5-Man Army.” 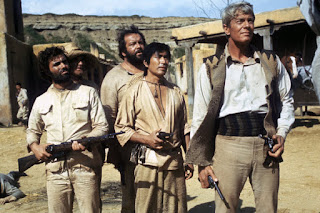