Who Are Those Composers ~ Wilhelm Neef 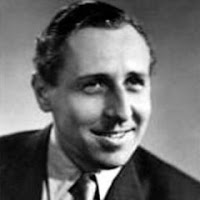 Wilhelm Neef was born in Cologne, North Rhine-Westphalia, Germany on January 28, 1916, He was a classically trained composer who began his career working in the theater as a stage director at the Deutsche Staatsoper Berlin (Berlin State Opera). He was one of the most prolific composers for DEFA writing scores for 44 feature films. He is perhaps best known for his soundtracks for “Ernst Thälmann – Sohn seiner Klasse” (1954) and “Ernst Thälmann – Fuhrer seiner Klass” (1955). Neef wrote the score for the first Indianer film “Die Söhne der großen Bärin” (The Sons of Great Bear) in 1965. It was an instant hit: the fourth most successful film produced by DEFA. Interestingly, after working on “Tödlicher Irrtum” (Fatal Error 1970), Neef would only compose music for one more DEFA film, an hour-long documentary on the November Revolution at the end of World War II, “Matrosen in Berlin” (Sailors in Berlin, 1978), He seems instead to have turned his efforts to composing for the concert hall: in addition to composing a modernist violin concert 1973 using both dodecaphonic and aleatoric techniques (Kynab 1978), he also published a scholarly monograph, Die Chansons (The Songs 1972), about the historical development of French songs.