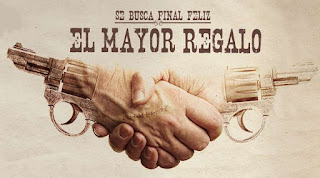 My greatest gift: the need to make a better world

A director is besieged by his actors and his technicians when filming the final scene of his western. Everyone wonders if the one who must die is the bad or the good one in history, and in the face of this dilemma, he will travel through a series of countries in which, perhaps, he finds the answer so desired. Inhabitants of France, Mexico, Ireland, Colombia and Rwanda are telling you their hardships and so you will know what to do. This atypical film speaks, between the document and the fiction, of the problems that the inhabitants of many countries are going through. The Spanish director Juan Manuel Cotelo, here also an actor, summed up the need for human beings to understand each other to build a better world.

El Tiempo
January 5, 2019
After its success in Spain and with distribution in 14 countries including Mexico and Spain, the film “The greatest gift”, the Spanish filmmaker Juan Manuel Cotelo, allows us to verify that the theme of forgiveness attracts anyone and that the public is also eager for positive stories

The film is about forgiveness, a weapon capable of ending any conflict and has already been used in France, Spain, Ireland, Mexico, Colombia, Rwanda and, in the words of its director, it works, always.

In an interview with Notimex, Juan Manuel Cotelo pointed out that “The greatest gift” arose from a meeting that he did not expect in Bogotá, Colombia, where after a colloquium at the end of some screening a great person approached him and literally said: “My bosses They want to apologize, they would like to do it through you. ”
The bosses of this character were in jail and had committed all kinds of evils and murders in the context of the drug war in that country.

“He told me how those people, about 850, surrendered, without being captured by the police or the Army, in a single day and one of the requests they made to the Colombian government was to get out of jail to apologize to their victims one by one. one, face to face, ”he explained.

Cotelo visited them in jail and then accompanied them in these meetings with their victims.

"What I experienced was so powerful, so surprising, so beautiful, that I really didn't have to think too much, and I told myself, this I have to tell you, from what came the project of my film," he said.

When concluding that it was necessary to think about resentment in all its facets, the film contains testimonies in France, Ireland, Rwanda, Mexico and Spain.

It is also a combination of fiction and reality, because all the characters are true.

“I did it to get the best out of everything because in reality there is no actor in the world that is able to replace a person who speaks with the heart of what he has lived and if he had put the best actor for each case, he would not reach never the real character, ”he noted.

"He stressed that" for me the documentary is infinitely more powerful than fiction, but fiction for me is a wonderful instrument of reflection, like a fable, we read a fable and see that the protagonist is the fox and the bird, the hare and the cat, but that fiction can lead me to think that I am that cat or I am that hare, ”he added.

In "The greatest gift" there is also a lot of humor, "because I like humor that not only makes me laugh but makes me think, so when I made the movie I tried to combine everything, reality with fiction, humor with the drama, as in fact happens in life itself ”.
After the success he has had in Spain and its distribution in several countries, Cotelo said that the issue of forgiveness is attractive to many people and also positive stories.

“The world is better with forgiveness, sometimes we don't talk about it, I think it's understandable that sometimes we put all the focus, all the energy, all the time, even the money into telling stories of someone who has hurt another, Call yourself lies, robberies, corruption or violence, ”he said.

However, "when someone forgives someone, when someone repents, a new story begins," he added.

On the Mexican testimony, Cotelo indicated that someone told him about a marriage in Mexico that had been broken for five years and that it seemed clearly irreconcilable.

"Nobody bet a penny for the reconciliation of that marriage and it happened, I can not tell how it happened because you have to watch the movie, but today that it seems that any discussion with a person even if it is small means breaking forever and is not so" , he claimed.

"You can regain peace as it has been lost, the last word is not hateful," he concluded.

Story: A Spanish film director finds himself tired of the stereotypical western movie endings based on revenge so for his movie his decides to take an unusual turn, therefore he goes around the world looking for new ideas on how to end his western movie. He finds victims of terrorist attacks, genocides and much more who have learned to forgive 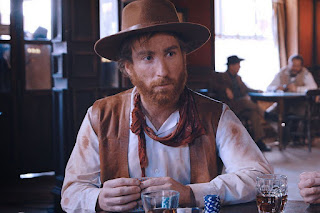