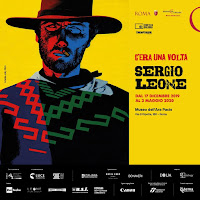 Rome celebrates Sergio Leone, one of the absolute masters of Italian cinema, with the exhibition once upon a time Sergio Leone, in the double anniversary of the 90 years since birth and 30 from the disappearance of the Loved by the public and criticism, his films are still subject to study for cinema students around the world, and source of inspiration for great contemporary directors.

From Francis Ford Coppola to John woo, from Martin Scorsese to Steven Spielberg to the one who most of all recognized the influence on his films, Quentin Tarantino: there are many filmmakers grown in the dark of a room where the masterpieces of Leone, and who pay tribute to his ability to tell west and America in a unique and original way.

The exhibition tells the boundless universe of its cinema through personal and scene objects, unpublished materials, sets, sketches, costumes, unforgettable sequences and a series of magnificent photographs, made by a master of the set like Angelo Novi, who followed the whole career By Sergio Leone from "once upon a time the west".

For information on timetables and tickets: bit.ly/MostraSergioLeone
Entrance to the reduced exhibition with the #micromacard, the card that gives you access to museums in common Rome. Discover it here: bit.ly/MicRoma 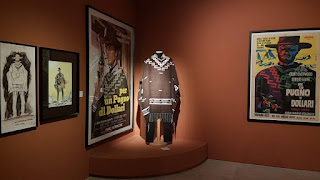