Voices of the Spaghetti Western ~ “The Last Tomahawk”

I’ll list a Euro-western and the (I) Italian, (S) Spanish, (G) German and (F) French, (E) -English voices that I can find and once in a while a bio on a specific voice actor as in Europe these actors are as well-known as the actors they voiced. 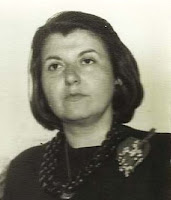 Josefina de Luna was born in Cadiz, Andalusia, Spain in 1921. She spent he childhood between Valencia an Barcelona during the Spanish war.

In 1939 MGM asked her to audition for a dubbing position and was then immediately hired. The following years were spent working us the direction of Marta Fabregas, sister of the great Elsa Fabregas, combining the functions of charitable dubbing and the theater. The Tina Gasco Co. wanted to hire her.

During the 1940s she was the voice of Ingrid Bergman. She was offered a career as a film actress which she accepted and moved to Madrid with her mother and brother. Josefina was known for her appearances in “Historias de la fiesta” (1965) and  “Cuando los hijos juegan al amor” (1975). She became in icon as a film dubber and was heard in over 20 Euro-westerns including: Jayne Mansfield in “The Sheriff of Fractured Jaw” (1958); Norma Bengell in “The Hellbenders” (1966), Maria Perschy in “Vengeance of Pancho Villa” (1966) and Claudia Cardinale in “Once Upon a Time in the West” (1968).