Who Are Those Composers? ~ Bruno Nicolai 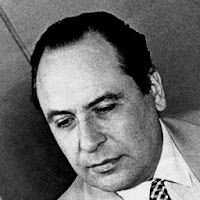 Bruno Nicolai was born in Rome on May 20, 1926. While studying piano and composition at the Santa Cecilia Conservatory in Rome, he befriended Ennio Morricone and formed a long working relationship co-scoring many films with the maestro. The relationship eventually broke up over an argument over credits and Nicolai broke away and established himself as a composer, conductor. Nicolai also scored a number of Europ-westerns and giallo exploitation films. He also wrote many scores for director Jess Franco. He also served as musical director for other composers' film scores, prevalently those of Carlo Rustichelli and Luis Enriquez Bacalov.

Nicolai developed the reputation of the ‘The Guy You Got When When You Couldn’t Get Morricone’. Nicolai's score for the second of the Sabata trilogy “Adios, Sabata” is the one of the main reasons people tended to think that way...and yeah, all the things we associate with a Morricone score are there: the vocal stylings, the flutes, and Alessandro Alessandroni’s iconic whistling. But you have to remember Bruno was in the studio when these elements were being thrown together in the first place. He can claim some ownership of them. He was the guy who added the whip cracks, mission bells and other percussion sounds to Morricone’s scores. You will notice when Nicolai and Morricone split that particular sound disappeared from Ennio’s compositions.

As mentioned before Nicolai collaborated with Jess Franco no less than four times. Each time he added his own personal flair of lush orchestration to Franco’s own personal brand of industrial euro sleaze.

As Morricone’s star began to rise and he became an icon, Bruno Nicolai was all but forgotten and when he passed away on August 16, 1991 it was several months later before his death became known. For whatever reason Gemelli records which Bruno founded, refused to release any of his scores for several years. Finally his family who ran the company relented to the demand of his many fans and we now have access to many of his compositions. Truly Bruno Nicolai rates as one of the greatest of the Euro-western composers.