50th Anniversary of “Night of the Serpent”

Yesterday December 24th marked the 50th anniversary of the Rome premier of “Night of the Serpent” directed by Giulio Petroni and starring Luke Askew, Luigi Pistilli, Chelo Alonso and Luciano Casamonica. This was Askews only Euro-western film.

Don Venustiano, the mayor of a small Mexican village, with the innkeeper Ignacio, and a prostitute named Jesus Maria Dolores, have joined forces to get the little orphan Manuel, hoping to collect, the ten thousand dollars that his father left him for an inheritance. Lieutenant Hernandez, the local police chief, however, discovers their plan - which is to kill the child - and has asked for and received by threatening their lives, a part in the deal. Hernandez convinces the bandit Antonio Pancaldo to hire him in exchange for five hundred pesos; a hit man who once has performed the task should be hanged, not to arouse suspicion. The hit man is a gringo named Luke, who has been reduced to an abject drunk for killing his son during a stupid challenge. Arriving at the village, Luke, rejected by all, is befriended by Manuel, who lives with a woman, Mary, who has always cared for him. Gradually Luke takes a liking to Manuel and when he discovers that he is the person he’s been hired to kill, not only refuses to commit the crime, but assumes the protection of the child. Don Venustiano is found dead - hanged by the Hernandez - Dolores is found murdered. Luke manages to rescue Manuel from the hands of Ignacio and finally faces Lieutenant Hernandez, killing him. 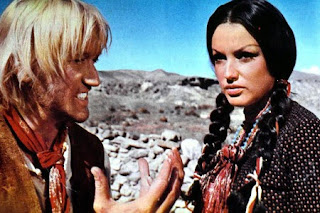