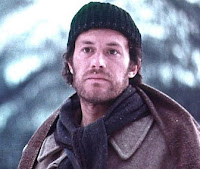 Spanish theater, film, TV actor Manuel Tejada died in Madrid on December 3, 2019. He was 79. Born Manuel Tejada de Luna in Puente de Génave, “a small town in Jaén about an hour from Linares,” the actor recalled in an interview; “but my first representative told me that it was better to give a better known birthplace and I ended up being born in Linares”. Moving to Madrid he became a theater actor and then branched off into films and television before returning to the theater to end his career. He appeared in three Euro-westerns; “One by One” (1968) as Sheriff Blackie; “Death Knows No Time” (1969) and “Cut-Throats Nine” (1972) as Dean Marlowe.
Posted by Tom B. at 12:16 PM