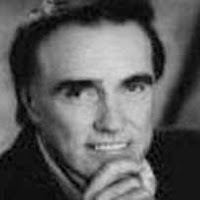 Screenwriter John Briley died in the UK on December 14, 2019. He was 94. Born in Kalamazoo, Michigan on June 25, 1925 and raised in Detroit, his education was interrupted by World War II: he spent three years in the US air force, rising to the rank of second lieutenant before resuming his studies at the University of Michigan. One of his professors, the noted Shakespeare scholar GB Harrison, encouraged him to pursue a PhD at the Shakespeare Institute at Birmingham University, in the UK, where he found himself under the supervision of another literary scholar, Allardyce Nicoll. He remained in Britain after finishing his doctorate, and began writing for television, theatre and film. The shows he had written and produced for US air force employees attracted the attention of MGM, which hired him as a staff writer. His work on the horror film “Children of the Damned” (1964). Other screenplays included “That Lucky Touch” (1975), a romantic caper with Roger Moore and Susannah York; “The Medusa Touch” (1978), a preposterous but gripping psychological horror starring Richard Burton as a man compelled to cause death and disaster; and “Eagle’s Wing” (1979), a ruminative western with Martin Sheen and Harvey Keitel. After winning the Oscar for “Gandhi”, he wrote “Marie” (1985), starring Sissy Spacek as a woman fighting corruption in the US prison system. Thereafter he specialized in historical dramas: “Tai-Pan” (1986), “Sandino” (1991) and the unloved “Christopher Columbus: The Discovery” (1992) in which Marlon Brando gave, according to the critic Roger Ebert, his “worst performance in memory” as Torquemada.
Posted by Tom B. at 9:48 PM