Who Are Those Gals? ~ Pilar Clemens 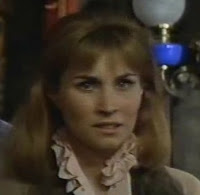 Pilar Clemens was born in Malaga, Spain sometime in the late 1930s or early 1940s. Clemens studied at the Royal Conservatory of Dramatic Art in Madrid. She began he film career in 1959 with an appearance in "Diez fusiles esperan". She married Paraguayan Gustavo Diaz de Vivara and moved to Paraguay. In the 1970s, she played in the theaters of the capital of Paraguay, Asuncion. She taught acting at Colegio Teresiano and was a member of the Council of the Paraguayan Institute of Hispanic Culture and the Council of the Paraguayan Theater Association for Children and Youth. During this time she raised a family consisting of a boy and a girl who later became a journalist.