Terence Hill and the death of Bud Spencer: The impressive ‘supernatural details. 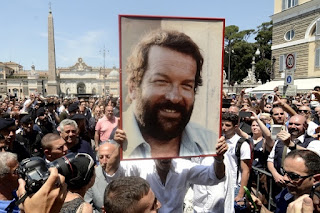 Among the Italian cinematographic couples, without a doubt, one of the most beloved is the composed of Bud Spencer, born Carlo Pedersoli, who died in 2016, and Terence Hill, pseudonym of Mario Giroti, now the beloved Don Matteo of the homonymous TV Series, on RAI. Active from 1967 to 1985 (and one last time in 1994 with the movie “Troublemakers”) the two appeared in 18 films together. Among the most famous “They Call Me Trinity”, directed by E.B. Clucher, “Odds and Evens” directed by Sergio Corbucci and “Turn the Other Cheek” by Franco Rossi. The film that saw them work together for the first time was “God Forgives, I Don’t” by Giuseppe Colizzi. It was 1967 and this film, to which a particular anecdote is linked, was mentioned by Terence Hill in the movie eulogy he gave at his friend’s funeral, who died on June 27 three years ago. 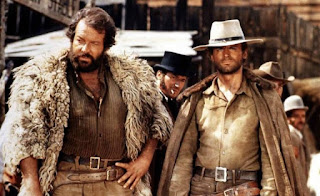 Bud Spencer died at the age of 86 in his Rome home due to complications resulting from a fall. “Dad flew peacefully away at 6:15 p.m. He did not suffer, he had all of us beside him and his last words were “Thank you”.” So the son of the former swimmer announced at the death of the well-known actor. Bud Spencer’s funeral took place on June 30th in the Church of the Artists. At the end when his coffin was removed from the church, friends and fans sang the song “Dune Buggy”, the song from the soundtrack of the film “Watch Out We’re Mad”. Obviously he couldn’t miss his lifetime friend Terence Hill who during the funeral, excitedly shared with those present, who came from everywhere, a memory that linked him to Bud Spencer.

The bitter sweet memory on the set of “God Forgives, I Don’t:

“With Bud there was joy and I already knew that we’d meet again, the first words he told me were we will never quarrel!” said Hill, speaking of the spaghetti western myth, in which he revealed a detail ‘supernatural’ linked to the first film they shot together: Carlo was shooting a film in Spain with Giuseppe Colizzi, Il cane the cat and the fox (temporarily entitled “God Forgives Me No?” Bud was the dog and the actor who represented the cat broke his leg and they called me to replace him. I had just arrived on the set Colizzi told me to undress, gave me a shirt, hat and gun and introduced me to Carlo. The first scene was immediately a fist fight. In that film we also invented the way
To fall, which we then taught the Mexican in the movie “They Call Me Trinity”, which took a lot of beating.

Nothing happens by chance, “Terence Hill was a close friend of Bud Spencer

Hill concluded with tenderness: “I told you this anecdote because when Giuseppe (son of Carlo Pedersoli) called me to tell me that Bud had died I was in Almeria in the exact same place where we first met. After the sorrow and pain came a great calm because I realized that nothing happens by chance!” The well-known actor concluded. 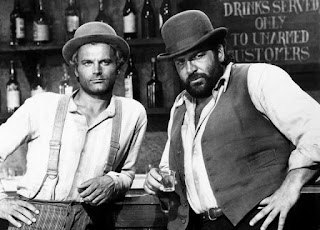