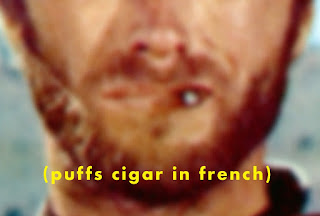 Lasst winter, I decided it would be a good idea to watch several dozen spaghetti westerns over the course of approximately two months. The exercise originated as research for a book but soon settled into a soothing nightly ritual. I hadn’t realized the stress of scrolling through peak-streaming-era viewing options had been a stress at all, not until I deliberately limited myself to a minuscule subsection of the infinite menu. It practically felt like a mindfulness meditation.

The movies themselves were low-budget, B-grade pictures churned out in the ’60s and ’70s, typically directed by Italians and filmed in the desert of southern Spain with international casts. Sergio Leone’s “A Fistful of Dollars,” which jump-started the career of Clint Eastwood, wasn’t the first spaghetti western, but its success at the box office drove the production boomlet, hundreds of formulaic quickies with perfect titles like “The Dirty Outlaws,” “Django Does Not Forgive” and “Ringo, It’s Massacre Time.”

Like nearly every other once-disreputable film genre, the spaghetti western has found redemption, so I embarked upon my binge with every expectation of being charmed by expressionistic close-ups, avant-garde Ennio Morricone scores and blood such a crushed-insect shade of red I’d suddenly find myself craving a negroni. The aesthetic gesture I had not been prepared to grow fond of was the dubbing.

“Cinema” has become a loaded term, but if you’re a fan of it, you most likely came of age with an acceptance of at least one uncontested truth: To view a film in a language other than your own requires reading. Subtitles signified a respect for art; dubbing was a betrayal, a capitulation to philistines. The Wu-Tang Clan’s RZA might have recognized the comically askew dubbing in his beloved ’70s and ’80s kung fu movies as found art, repurposable to glorious effect as hip-hop samples. But when the Museum of Modern Art screened “Return to the 36th Chamber” in 2018, it was in Cantonese with English subtitles.

Spaghetti westerns, however, possess no “original” language. They weren’t shot with any sound at all: Italian filmmakers, from directors of cheesy gladiator epics to Federico Fellini, often shot silently, synchronizing sound and dialogue in postproduction. Casting directors, in turn, culled actors from Europe and the Americas — Sergio Corbucci’s 1967 western “The Hellbenders,” to take one random example, featured his fellow countryman Gino Pernice, Julián Mateos of Spain, Brazil’s Norma Bengell and the American Joseph Cotten — with the post-synchronized sound allowing the cast to perform in their native tongues during the shoot. When you watch these movies today, the pulpy universal language of crude dubbing and its erasure of national boundaries can feel oddly idealistic, like Esperanto or something, less a failure of technology than a sweet, utopian anachronism.

At first, I found the dubbing irritating, for the same reasons nobody likes satellite-phone delays or drunk ventriloquists. Free-floating lines of dialogue echoed from gaping mouths. The voice actors all seemed to have been given the same note (“read the line again, only this time you’re furious and constipated”), and they almost never sounded the way their onscreen avatars looked.

Then I took a work trip; I’m not prepared to claim I missed the disharmony of Italian sound editing while watching “If Beale Street Could Talk” at 35,000 feet. But after returning to my retrospective, I recognized the dubbing in a way I hadn’t before, as crucial to the project, as much a part of the grammar of the spaghetti western as ponchos and spooky whistling.

For me, the dubbing became a comforting constant. I began to enjoy the way the moments of dead sound pulled me out of the movies, perpetually calling attention to the artifice unfolding on the screen — a technique you might call Brechtian in a more pretentious context, and which in this one I found made even the shoddiest of the spaghettis far weirder and more engaging than a conventional Hollywood western of comparably low merit. The imprecision of the dubbing also complemented the unsavory tone of the films themselves, which tend to involve cynical characters who engage in dirty dealings and inflict gratuitous violence without remorse.
Posted by Tom B. at 6:56 AM