El Puro, a once feared gunfighter, is living in a border town. The famous gunman is now an alcoholic and is abused by the populace at every turn. His only friend is a saloon girl named Rosie. She takes care of him and hopes to save enough money for the two of them to go away together. Meanwhile, and escaped convict name Gypsy Boots arrives in town with his gang of killers. Gypsy is looking for El Puro to settle an old score and collect the $10,000 bounty on his head. Gypsy is a pathetic character himself who is haunted by his former reputation which he can no longer live up to. Rosie protects El Puro at the cost of her life which finally brings the man to his senses and he faces the gang to avenge her death.

Over the years this small gem developed into a cult classic, so much so, that in 2014 plans were drawn up to make a sequel that never materialized. 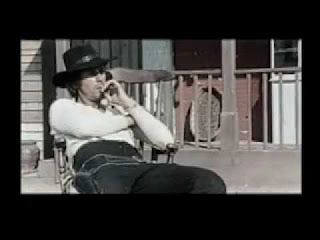