Who are Those Composers? ~ Patrice Moullet 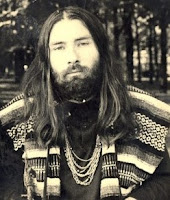 Patrice Moullet was born in Paris, Île-de-France, Franceon June 21, 1946, he is the brother of director Luc Moullet [1937]. He spent five years of dedication and intense study of classical and Flamenco guitar with Ramon Cueto. Patrice is a composer and actor under the alias Albert Juross his most notable role as that of Michel-Ange in Jean Luc Godards 1963 film “Les Carabiniers”.

His workshop is called "AEM" and is the workplace of Patrice Moullet, where he designs instruments mixing sculptural aesthetics and advanced techniques specially developed for this purpose. This place is initially part of the project "Experimental Music Workshop - Alps - Patrice Moullet". In 2009 Patrice Moullet surrounded himself with a team of musicians, dancers, engineers, scenographers, teachers and coordinates the axes of the activities for the launch of the project "AEM phase 2". This second phase of the project consists of the disclosure-communication of the achievements, as well as the creation of large audience projects with the entire AEM instrumentarium.