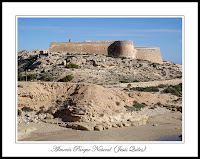 The Castle San Ramon was built in the Playazo de Rodalquilar, a few kilometers from the mining center of Rodaquilar (today it is located in the Cabo de Gata-Nijar Natural Park), and was part of a coastal fortification system created in the second half of the eighteenth century by King Carlos III of Borbone. It was used as a set in the sequence of “The Good, the Bad and the Ugly” (1966), in which Sentenza (Lee Van Cleef) arrives at a field hospital, where many injured southern soldiers are found abandoned to themselves. He questions, in connection with Bill Carson, the sergeant (Victor Israel) who is cooking corn cobs. The ruins of this castle are also used in “Death Rides a Horse” (1967) in a sequence with Lee Van Cleef and John Philip Law; “God Forgives, I Don‘t!” (1967) (as the hideout of the bandit Bill San Antonio, played by Frank Wolff, where he Terence Hill arrives to free Bud Spencer); it also appears in the final part of “John the Bastard” (1967). The castle dating back to the 1960s was in a state of neglect and semi-destroyed, in recent years it was sold to private individuals and restored. It was put up for sale in 2017. 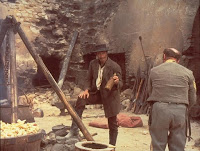 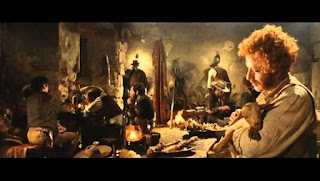