Who Are Those Gals? ~ Vivienne Chandler 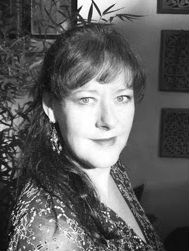 Vivienne Chandler was born in Abington, Oxfordshire, England on November 6, 1947.  Vivienne attended high school at St. Helens and St. Katharine's in Abingdon, Oxfordshire, England.  She started her acting career in the theatre as an assistant stage manager with small parts (acting ASM's they were called). Various things from Shakespeare to naff farces in theatres at the end of piers. In those days it was a good way to cut your teeth in the acting world. Then she found an agent who found work for her.

She made her first appearance on TV in ITV Playhouse in 1970, but immediately began acting in minor parts in a number of major early 1970s films including “Lust for a Vampire”, “Duck, You Sucker!” and Stanley Kubrick's “A Clockwork Orange”. She appeared in several small roles in the 1980s, including portraying Chantale (the mother) in the music video for the 1983 song "The Smile Has Left Your Eyes" by the rock band Asia. She was cast as an X-wing pilot in “Return of the Jedi”, but did not appear in the final film. She later became a professional photographer working in the United States and many countries across Europe including France, Italy and the UK. She attended the University of Paris Diderot between her film and television roles but all the time was interested in the process of image-making.

As a photographer she reinvented her name for a while as Holly Bush and later Holly Bund as her career changed direction. Photographing mainly children, she had exhibits in London, Oxford and Kent and sold to private collectors in France, England and Japan. She was a Fellow of the Royal Photographic Society.

Vivienne is best remembered by Euro-western fans as Coleen the girl seen in the flashbacks in “Duck You Sucker!” and the romantic link that comes between James Coburn and David Warbeck.

Vivienne was married to John ‘Jay’ Carder Bush, the brother of singer Kate Bush and actor Paddy Bush. She had two sons and a daughter Oonagh Bush who is an actress and photographer like her mother.

Vivienne died after several years of battling cancer on June 6, 2013 in London, England.