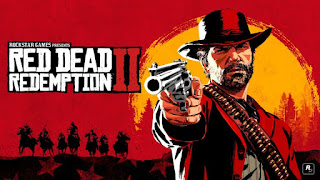 Red Dead Redemption 2 is a Western-themed action-adventure game set in an open world environment. It centers on Arthur Morgan, an outlaw and a member of the Van der Linde gang in 1899, in the waning years of the American Old West and extinction of the age of outlaws and gunslingers. Among returning characters are John Marston and Dutch Van der Linde, the protagonist and an antagonist from the previous game respectively. After a robbery in the town of Blackwater goes wrong, Arthur Morgan and the Van der Linde gang are forced to flee. With the authorities and the best bounty hunters in the nation massing on their heels, the gang must rob, steal, and fight across America to survive. As internal divisions threaten to tear the gang apart, Arthur must choose between his own ideals or his loyalty to the gang

The player controls Morgan from either a third or first-person perspective. The game features both single-player and online multiplayer components.

It will continue to use the Honor system from Red Dead Redemption, which, based on how the player interacts with non-playable characters (NPCs) will affect how settlements, towns, and other groups will react towards Morgan

Trailer: https://www.youtube.com/watch?v=eaW0tYpxyp0
Posted by Tom B. at 5:54 AM