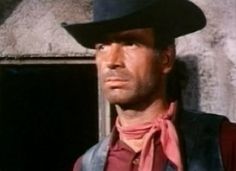 Italian actor Venantino Venantini died on October 9, 2018 in Viterbo, Italy from postoperative consequences of a femoral surgery suffered last summer. He was 88. Born in  Italy on April 17, 1930, he participated in 150 films. An athletic physicist, he made his debut in the cinema with an appearance in “Un giorno in pretura” under the direction of Steno. His first important part in 1961 with “Odissea nuda”, directed by Franco Rossi. He later performed in dozens of films, some of which became cult favorites like “Emanuelle near”, “Luca il contrabbandiere”, “Apocalypse domain” and” Paura nella città dei morti viventi”. He’s best remembered by Euro-western fans for his portrayal of Billy Kane in 1967’ “Bandidos” and as Sweetley in “Hate is My God” in 1969. He also had an uncredited appearance in 1976’ “Apache Woman”.
Posted by Tom B. at 6:47 AM