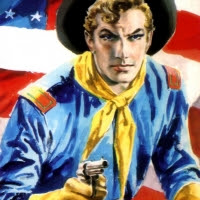 In 1951 Corrado Zucca created LIBERTY KID, a western comic book conceived for the new INTROPIDO booklet format. For this series Toldo draws the bodies of the characters, while the realization of the heads is entrusted to Gaetano Albanese; to the two, starting from n. 25 of 1952, takes over Lina Buffolente who will illustrate it until the end.

L'Intrepido was a periodical comic magazine published from the 1930s to the 1990s by the Universe Publishing House of the Alceo brothers, Cino and Domenico Del Duca. It was published for over sixty years coming to exceed three thousand numbers. It was the same name of the weekly magazine published by Picco & Toselli publishing house and published for over 500 issues from 1919 to 1929, the Italian edition of the homonymous French newspaper L'intrepide which presented stories and novels of adventure in addition to comics. 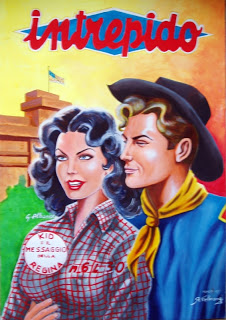 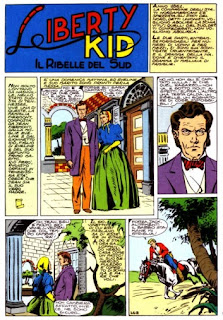