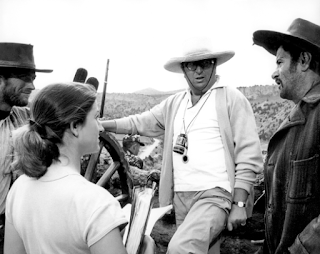 Story: In the manner of the most beautiful stories that begin with the magic formula "Once upon a time ...", this film tells the story of Sergio Leone's fate: his childhood in Fascist Italy, his extraordinary career in the world of cinema and the " great dream "which animated him until his last breath. In the 60s, while the westerns made in USA were in disuse, Leone invents the western "Italian", true aesthetic revolution where the music gives to the movies the dimension of opera. He makes an unknown actor a star: Clint Eastwood and becomes a billionaire. In only seven films, he built a unique body of work whose popular success is global and still influences directors around the world.

The film unfolds the novel of the life of Sergio Leone by focusing on the three major themes that have shaped the personality and the exceptional destiny of the director: cinema, friendship and family.