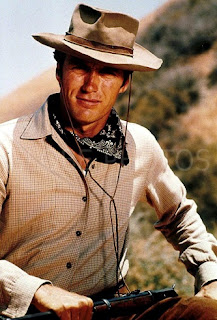 Clint Eastwood, who was little known in 1964 apart from the TV series ‘Rawhide’, was chosen by Sergio Leone to embody "The Man With No Name" in the dollar trilogy (although in the first film he’s called Joe, in the second Monco and in the third "Blondie").

When Leone was asked the question: “What did you think when you first saw Clint Eastwood depart from the plane in Rome?"

Leone replied: "It is said that Michelangelo looked at a marble block and saw Moses. Me, when I saw Clint Eastwood, I saw a marble block!". A total makeover was made between Rowdy Yates of "Rawhide" and "A Fistful of Dollars"! 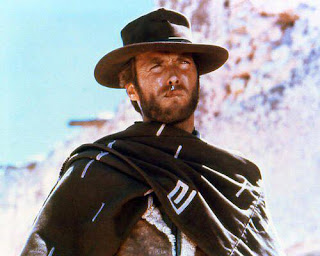