Black Jack is a bounty hunter in the American West. Oddly, when he collects his reward after a wanted outlaw’s arrest, he donates some of the reward money back to the poor. So we follow the adventures of our hero, accompanied by his sidekick the Mexican Sagaro.

The stories were written by Anthony Mancuso while the artwork was supplied by Franco Devescovi. He also appeared as Black Rider in some European countries 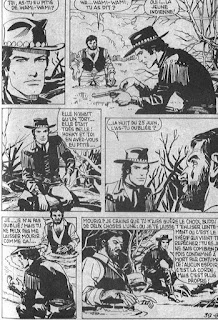 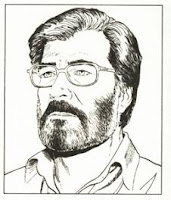 Franco Devescovi was born in Trieste, Friuli Venezia Giulia on May 7, 1943. He is an Italian cartoonist .

After attending the Liceo Scientifico he enrolled in the Faculty of Law, which he abandoned at the end of his military service. He began his career as a cartoonist at the end of 1969, thanks to the screenwriter Glauco Verrozzi who introduced him to the Edizioni Universo, for which he illustrated “Il Monello” and “L'Intrepido” until 1973.

He then moved on to the Corriere della Sera group, working for Corriere dei Ragazzi, where he collaborated with the likes of Alfredo Castelli, Mino Milani and Andrea Mantelli.

In 1975 he returned to the Edizioni Universo, where he drew the series of “Billy Bis”, “Cristall”, “Commissioner Norton” and “Black Rider”; in 1984 he decided to devote himself entirely to painting, working for the German market.