Jacques Audiard's 'The Sisters Brothers': Who says Westerns are passé? 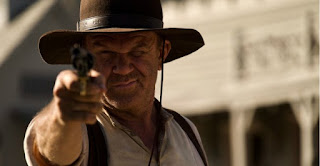 The Western film's image is to many a musty one, riven with clichés. But with “The Sisters Brothers”, Jacques Audiard’s sublime new feature film, the French filmmaker gives the genre’s perennial reputation a shot in the arm.

“I don’t like Westerns. The characters are idiotic,” Audiard warns us when we meet to discuss the release of his latest movie, which opens Friday in the United States and Canada after hitting cinemas in France on Wednesday. Still, the acclaimed writer-director, whose “Dheepan” (2015) won a Palme d’Or at Cannes and whose "A Prophet" (2009) enjoyed Oscar and Golden Globe nominations, wanted to try his hand at the genre. The “Sisters Brothers” story, which star John C. Reilly proposed Audiard adapt from the book by Canadian novelist Patrick deWitt, was too good to pass up.

The narrative follows the ride of two mercenary brothers, Eli (Reilly) and Charlie (Joaquin Phoenix) in their pursuit of the brilliant chemist and gold prospector Hermann Warm (Riz Ahmed) and his unexpected sidekick John Morris (Jake Gyllenhaal) around 1850 in the American West. While some recent Westerns have come in for reproach – like Scott Cooper’s “Hostiles” (2017) for its patriarchal bent and Ed Harris’s “Appaloosa” (2008) for its classicism – Audiard’s latest effort has managed to make a real Western that steers clear of the old clichés.

Real Western? With “The Sisters Brothers”, Audiard preserves the genre’s central traits. Film critic Robert Warshow described them in 1954: “As guns constitute the visible moral centre of the Western movie, continually suggesting the possibility of violence, so land and horses represent the movie’s material basis, its sphere of action.” While Audiard admits he has “no interest in the landscape” (which, for that matter, was filmed in Spain and Romania), the horses – “a chore to film” – and the violence – which he nevertheless wanted “very detached” – are on full view in “The Sisters Brothers”.

And while the cast is 100 percent male, the film is far from devoid of femininity and sensitivity. These brothers are not named “Sisters” for nothing and a number of female figures cast a shadow over the story. “The Western is not a feminine genre, but there is an ambiguity throughout the film. Actually, I humanise my population of viriloids,” smiles Audiard, who recently made headlines in Venice slamming the lack of gender diversity at film festivals.

So why does Audiard seem so reluctant to admit he has made a Western? 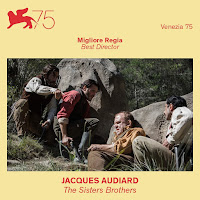 Introduced at the dawn of the 20th century, not long after cinema itself, the Western drew its inspiration from New World pioneers, from the conquest of the Far West to the Indian Wars and the Civil War, in recounting the construction of America.

“A genre is always the reflection of its time,” says cinema writer and journalist Philippe Lombard, and so Westerns from 1900 to 1960 were necessarily relatively simplistic: in a nutshell, they featured cowboys as good guys and Indians as villains. The scripts were predictable, the dialogue weak.

“And then the Western evolved with society and the films being made became more realistic, more political, more disillusioned,” Lombard tells FRANCE 24.

“From the 1960s and 70s, the Western changes and it is something else,” says Audiard. “When Arthur Penn began doing them or even the last John Ford films like ‘The Man who shot Liberty Valance,’ those are beautiful films”. Still, despite that, the Western has maintained an image as binary and uncouth – especially outside the US.

“The cinematic Western is American mythology, so I don’t believe we can really understand it,” explains Audiard. “Only an American can identify with it. The usage of the Western is probably akin to the function of the novel in 19th-century France. It served to identify a society, a social class.” So just as we in France admire Zola’s and Flaubert’s fantastic sagas, Americans have a passion for John Ford and John Sturges films. Foreign filmmakers rarely dare to appropriate the genre.

A century ago, France had its own golden age of Westerns, “when Joë Hamman was filming Westerns in Camargue [on France’s southwestern Mediterranean coast] and the forest of Meudon [near Paris]” in the 1910s, says Lombard. “But after 1918, American Westerns supplanted the market and filming and releasing French Westerns was no longer on the agenda.” Ever since, French productions have leaned instead towards parodies of the genre, from the musical comedy “Serenade of Texas” (1958) to “Les Dalton” (2004), inspired by Lucky Luke comic book characters.

Recall that in Italy, where the spaghetti Western was born in the 1960s, Sergio Leone chose an American-sounding stage name, Bob Robertson, to make his first film “A Fistful of dollars”. “The idea of an Italian Western made by Italians was not reliable, commercially speaking,” says Lombard. Some actors took on pseudonyms, too, including Gian Maria Volontè, who went by John Wells. “And then ‘Fistful of dollars’ was a gigantic success and it was accepted that ‘non-Americans’ could make Westerns,” Lombard explains. “Sergio Leone pulverised the genre’s codes by doing away with all Manichaeism.”

More than a century on, the Western genre is still so codified that it is actually when directors “don’t weigh themselves down with the American folklore”, says Lombard, that the films are most successful. And Audiard’s “The Sisters Brothers”, a Western movie in spite of itself, proves it. 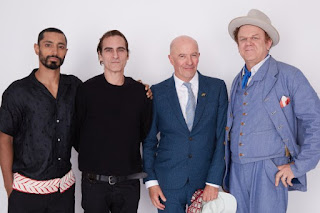