CARLO SIMI EXPOSITION: the designer of Once Upon a Time in the West' 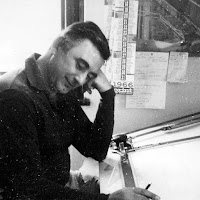 The Almeria Western Film Festival has organized the exhibition 'Carlo Simi: the designer of Once Upon a Time in the West', with the collaboration of the relatives of Carlo Simi and the curator of the artistic director Fernando Contreras Díaz.

Thus, the Festival puts the icing on the anniversary of the 50th anniversary of the filming of “Once Upon a Time in the West in the town of Tabernas, putting the value of the work of the designer and collaborator of Sergio Leone from the trilogy of the dollar. 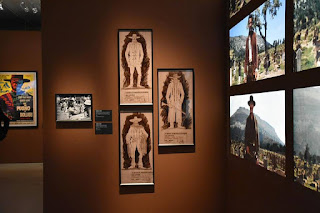 The exhibition brings together a set of unpublished designs in Spain, with reproductions of the sketched figures for the characters Harmonica (played by the actor Charles Bronson), Frank (Henry Fonda) and Morton (Gabriele Ferzetti), as well as the sets for MacBain house, the Sweetwater Hotel-Saloon and several perspectives and sections of the streets.

The exhibition will open on Tuesday, October 9 at 8:30 pm on Floor 1 of the Municipal Theater of Tabernas and will remain open to the public until Saturday, October 13 after the Closing Gala. Free entry. 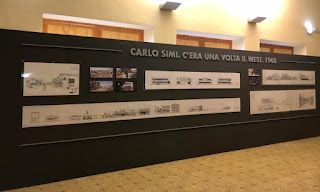