A star's visit to Weißenfels Gojko Mitić was Indians without regret 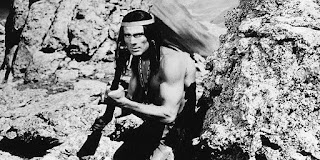 Gojko Mitić and "The Sons of the Great Bear" are inextricably linked. The main role as Tokei-ihto in 1966 brought the actor of the GDR a meteoric rise. On October 3, 2018 at 9:00 p.m. he is in the hotel "Schöne Aussicht" in Weißenfels-Leißling for a presentation of the new edition of the novel by Liselotte Welskopf-Henrich.

He has appeared in the Chemnitz Palisander-Verlag and Mitić has written the preface. Already at 4 p.m. at the same place the DEFA movie has been shown. MZ editor Holger Zimmer asked the actor a few questions in advance.

Gojko Mitić: After the first small roles and then the bigger roles in the "Winnetou" series of films, the portrayal of the chief To-kei-ihto was a role that shaped my whole life without me being aware of it at the time. Nobody could guess in 1966, how the cinema audience would react to the first DEFA Indian film. But the many millions of visitors have shown that there was a lot of interest.

What do you think of the reasons that people in the GDR have "lost" on Indian films?

Gojko Mitić: I think the reasons were many. But the longing for ideals certainly belonged to it. The sense of justice, history, love of nature and love of adventure come to mind as concepts. And certainly the identification with the great Indians of history belongs to it, as for example Tecumseh and Osceola.

What was your favorite role in the dozen Indian movies you made and why?

Gojko Mitić: I would not want to highlight a favorite role. Tokei-ihto was the first major character forming, but also the aforementioned historic chiefs were very exciting in their acting design. For me the role of Ulzana in "Apache" was just as important, because I also worked on the screenplay.

Have you ever regretted being so committed to Indian roles, or would you had rather have played more theater?

Gojko Mitić: No, how could one regret having reached so many people with their work, to have brought them closer to the Indian story. That has always touched and impressed me. After the DEFA time it went on in Bad Segeberg with Winnetou for many more years. And there were plenty of other roles on television or in the theater. For example, I think of Alexis Sorbas and Spartacus.

They were themselves in the Pine Ridge reservation in South Dakota in the USA. How do you see the Indians of the present?

Gojko Mitić: I visited the Indians at the invitation of a friend. It was full of overwhelming moments. We watched together "Big Bear" and in the end the chief showed his thumb up. That was the praise of a real Indian!

But I'm not happy when I see how many Indians are still doing today - in the 21st century. Their fight for equality and quality of life is far from over. And it is important to keep drawing attention to the interests of the Indian tribes, like next Wednesday in Weissenfels.

How important is the new edition of "The Sons of the Great Bear" for you?

I think it's good that there is another suggestion to read the books or watch the films. Their offer for today's young generation is very diverse. I would like to help to recommend this successful novel about the Dakotas to those who have not heard of it or have not read it yet.

And for many - as I clearly notice on our small reading tour with publishing house editor Frank Elstner and presenter Michael Kraus - innumerable memories of the Indian films of the time are awakened.
Posted by Tom B. at 6:26 AM