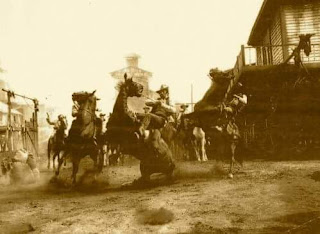 This time I arrive with my mother on the set late. The filming is already to go. The crew is all busy moving "the circus" from one side to the other. We do not go into the Saloon ... but continue down the main road. There is a lot of confusion ... as seen from the eyes of a 6 year old child - I remember so much confusion and mess. Horses running to the right and left. I hear the cries of the cowboys ... the famous henchmen of Caldwell. As in "Cipolla Colt" ... I see Franco Nero on the set ... actually two Keomas. One of course is Franco ... but the other is no longer Rocco Lerro ... because I see Rocco standing near my father who is talking and coordinating the scene ... Who is this man who is doubling Franco? At one point I hear Rocco screaming: "A Caccolettaaaa !!! Ready. He turns. Guys!!! All ready !!! "- Of course! And      said ... a stunt double for many actors. A fantastic acrobat. Famous for having dubbed Tomas Milian in the various Corbucci films. 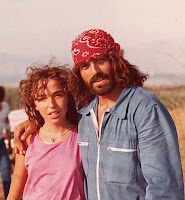 ... and also the double of Fabio Testi in "La via della droga" and "Il grande racket". Many years later he will participate in my short western, "Orme Rosse" as stunt coordinator and protagonist. A nice short action western. Eight minutes of action scenes. Only and only action. What could I do with a romantic and authorial short film with a father who only makes action films? Hahaha. Angelo was amazing during the shooting of my short film.

As soon as he saw me "A Kiddè !!! Today that turns? - We are always ready. "What a magical atmosphere I experienced in shooting my short film. Too bad I was only there three days. But they were three truly unique days. Unforgettable! 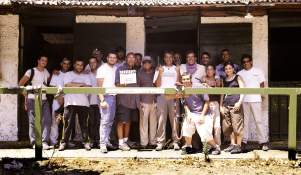 There were two days in Cinecittà (on the set of "Gangs of New York") and one day inside a stable a few steps from Cinecittà .... later I will tell you everything. For now, let's get back to the present .... Keoma's present.

I see Rocco is tense. My father very concentrated. Bergamini behind the silent camera ... Everyone ready….

The ciakista enters the field and slams the clapperboard and runs away ... we wait for the two machine operators ...

The horses arrive ... you can hear the earth shake ... a deafening noise of horses hoofs in front of the two cameras and at one point three horses turn and fall on the ground "shot" by Keoma. I hear the voice of Caccoletta trying in vain to land well ... but something is wrong. Something goes wrong. Caccoletta falls badly. The horse did not fall correctly ... as it should. He is not alone as the other acrobat falls badly. In the film the sequence is mounted "cut" - in the middle my father adds Franco who shoots and repairs ... not to point out the "mistake". However, a magnificent scene comes out. Thanks to the skill of the editor, Gianfranco Amicucci.
"STOP!!!! - What the fuck is happening ??? "Rocco screams. My father is really angry ...
The scene of the three knights who fall with their horses is not perfect. It is not correct. It is not right. But they cannot shoot another scene. The time is very tight ....

I remain silent. Today I do not play with fake weapons or even with a mustache .... Today there is a lot of tension on the set. Rocco continues to scream ... he is pissed off with the acrobats .... Caccoletta tries to remedy the situation ... but there’s nothing he can do. The shot is filmed. You see the scene ... you can clearly see the "imperfect" sequence. Caccoletta falls badly using his legs ... It is not easy to shoot such a sequence. Then reshooting the scene costs a lot of  money. In many sequences of action, we use a camera that has a special motor next to it that can reach 120 frames per second! ... So in a scene with slow motion a lot of film is used .... To make you understand the difference, in a normal scene the film is turned using normal speed: 24 frames per second. It cannot be repeated.

Nobody stops. You change place. You change framing. Everyone is tense ... I remain on one side ... in silence. I tell you that even today I remember that day as it was yesterday .. Never saw so much nervousness on a set. Never. In the distance I still see Rocco arguing with the acrobats. Bad. Cries and bad words. My father goes to the tower ... he coordinates with the director of photography, Parolin and Bergamini the next sequence ... the fall from the tower of Roberto

Dell'Acqua in art "Ridola" ... he too another famous acrobatic actor. Especially in films with Bud Spencer ... for fans, Ridola is always flying. In the film by Steno, "Piedone il sbirro" Ridola is one of the three sailors. Why do you always choose him? Because he is the most agile ... the smallest and the skinniest of them all. In short, it is the "thinner one" who flies in the air ...
Rocco returns. He organizes and arranges the boxes under the tower. Old mattresses are placed above the boxes. Above all is placed a very large cloth tied with a rope. So when Ridola falls ... he lands "morbidam” 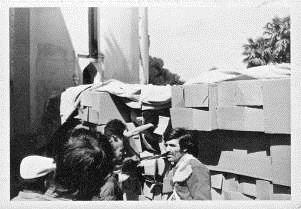