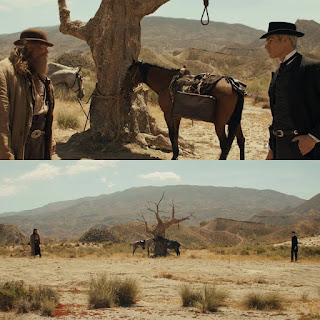 Story: 'Lucky' Francis, a card player blessed with an improbable degree of fortune, is digging a grave next to the old hanging tree, nine miles west of Yackton. An uncivilised brute by the name of William Barleycorn rides through the desert to meet him, having accused Francis of a most blasphemous indecency. Naturally, scores must be settled... Meanwhile, in a river out beyond Cob's Hollow, in parts as yet uncharted, a hitherto luckless prospector has struck gold and the worm may finally have turned... But fate is a fickle friend, as the prospector has surely learned by now.