We continue our search for film locations for “The Big Gundown”. The scene switches to Cuchillo at a first class bordello where he pretends to be an important Mexican grandee. He gets into a fight with one of the patrons and end up stabbing him and burning the place down. He is arrested by Captain Segura and thrown into the same cell as his pursuer Jonathan Corbett. Once he discovers his predicament he yells and screams for the gurd to put him in the other cell away from Corbett.  Once there he’s in the other cell he retrieves a large knife hidden in a ceiling beam begins singing loudly and removing the bars from the window and makes his escape. Telling Corbett before he flees he did not rape or kill the girl but knows who did and Corbett would be surprised who that person is. 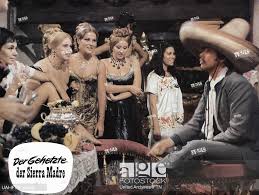 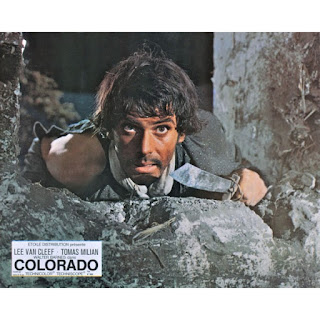 For a more detailed view of this site and other Spaghetti Western locations please visit my friend Yoshi Yasuda’s location site: http://y-yasuda.net/film-location.htm and Captain Douglas Film Locations http://www.western-locations-spain.com/
Posted by Tom B. at 7:08 AM